Half of Metro Vancouverites would take a pay cut for a shorter commute: poll 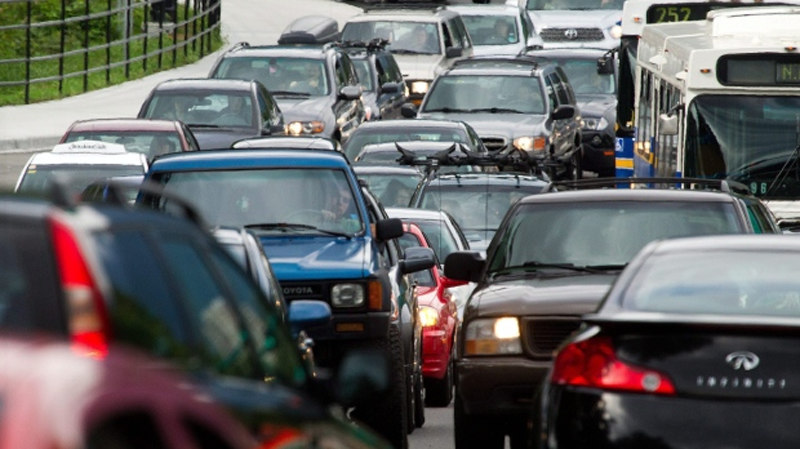 Motorists merge from four lanes into one as they enter the Lions Gate Bridge to drive into Vancouver, B.C., on Friday, July 15, 2011. (Darryl Dyck / THE CANADIAN PRESS)

More than half of Metro Vancouverites would be willing to make less money if they could find a job closer to home, a new poll suggests.

Research Co. surveyed 700 people in the region, 51 per cent of whom said they'd take a pay cut for a shorter commute.

Most of those who do have to take transit every morning and afternoon, on the other hand, didn't seem to mind the commute.

Sixty-eight per cent of those who took the survey described their trips as "pleasant," while less than a third found their commute "annoying."

“The mode of transportation plays a role in defining the perceptions of Metro Vancouver’s commuters,” said Research Co. President and CEO Mario Canseco. “Those who drive to school or work are more likely to say that their commute is now worse than in 2014 (31 per cent) than those who take public transit (19 per cent)."

Those who found their commute pleasant cited factors such as being in control of the entertainment as they travel, a manageable amount of traffic and being able to get things done on the way.

Those on the other end of the scale attributed their unhappiness to traffic, dealing with bad drivers and overcrowding on public transit.

Almost half (48 per cent) of commuters said their ideal choice to get to school or work would be to drive, while 28 would choose public transit. Surprisingly, only seven per cent of respondents said they'd prefer to cycle.

Research Co.'s online survey was conducted between April 29 and May 1. The data carries a margin of error of 3.7 per cent.