Half of cars stolen in North Vancouver this month had spare keys in them, police say 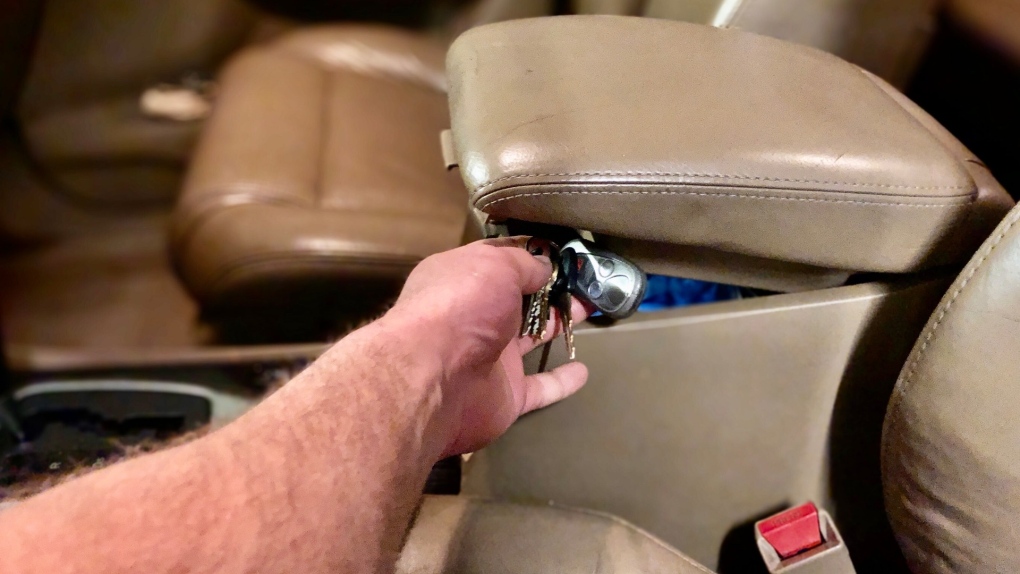 VANCOUVER -- What percentage of British Columbians keep a spare key to their vehicle inside the vehicle itself?

The answer seems to be a larger number than you might expect. Fully half of the vehicles stolen in North Vancouver this month had a spare key stored inside or somewhere on them.

That's according to North Vancouver RCMP, who say they received 24 stolen car reports in April, and 12 of them involved vehicles with readily accessible spare keys.

Indeed, seven of those 12 cases involved a spare key to the vehicle stored in the centre console between the driver's and passenger's seats, police said.

"It’s like putting a spare house key under the front mat or putting your wallet in your shoe at the beach while you go for a swim," said North Vancouver RCMP spokesperson Sgt. Peter DeVries in a news release. "Classic ‘Family Feud’ questions. The survey says those are the first places a thief is going to look."

In their release, police expressed incredulity that residents continue to leave spare keys in their vehicles and leave doors unlocked.

"There is absolutely no reason to store a spare key in the centre console," said DeVries. "How will that help you if you get locked out of your car?"

Most of the stolen vehicle cases in North Vancouver in April - 17 of the 24 - involved vehicles that were not locked, police added.