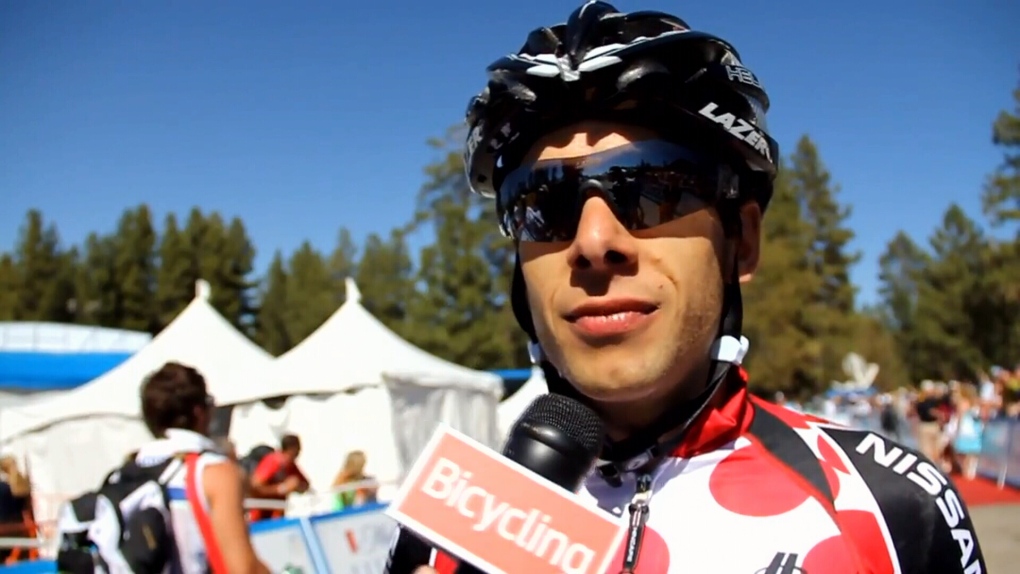 The Grouse Grind record holder, Sebastian Salas, has been banned from cycling for two years by the Canadian Centre for Ethics in Sport.(CTV)

The man who holds the record time for climbing the Grouse Grind has been given a two-year sanction by Canada's anti-doping agency, which says they discovered tampering at a cycling race last summer.

On January 20, 2014, the Canadian Centre for Ethics in Sport issued a two-year sanction against cyclist Sebastian Salas, saying he violated their doping protocols at the 2013 Gastown Grand Prix, where Salas was racing with a team.

“Mr. Salas fully explored his rights under the Canadian anti-doping program and eventually chose to admit the doping control violation, waive his right to a hearing, and accept a two-year sanction ending August 1, 2015,” the CCES said in a press release issued on January 20, 2014.

The Grouse Grind record holder banned from cycling for two years is fighting back, telling CTV News it’s all a misunderstanding.

Sebastian Salas says he was late for a doping test after last summer’s Gastown Grand Prix because he went home to care for a pregnant wife, and says he only admitted the offense to anti-doping authorities to save his family from stress.

“Honestly they could have charged me with anything. At the point where I was in my life I would have signed it,” said Salas in an interview.

In a subsequent press release issued on January 23, 2014, the agency provided further details clarifying that the tampering did not involve tampering with a doping sample, but that Salas had failed to comply with the doping control process and had “avoided formal notification after he knew he was selected for doping control and sample collection and unilaterally decided to leave the event venue” without permission.

But Salas says he was just late for his testing because he went home to deal with a medical emergency relating to his wife.

“I came back 90 minutes later. I submitted to the doping control process,” he said, adding that he hasn’t been caught doping because all samples submitted since that point came back negative. The sample in question, from June 10, 2013, is recorded as “No Result.”

Salas is the current Grouse Grind record holder, with a time of 23 minutes and 48 seconds in 2010. Since then, he has been cycling, winning the King of the Mountain jersey at the Amgen Tour of California in 2012.

Salas said he’d been caught by the heavy hand of a regime that is trying to rehabilitate a sport after the doping scandals of several high profile cyclists, including Lance Armstrong. He said the agency could have charged him with evading a sample.

“The CCES has taken a zero tolerance policy and in a sense I’ve been caught in the cross fires and been given a suspension more than you would normally get for that,” he said.

Cycling Canada President JohnTolkamp said the sanction proves that the sport is trying to change a culture that used to reward dopers and punish whistleblowers.

“To me, the signs are that this culture is changing. I don’t think it will be 100 per cent clean, but we’re seeing a dramatic change and cycling is leading the pack.

Salas said he is considering challenging the sanction.

While banned from most sports for two years, Salas’ Grouse Grind records from 2009 and 2010 will stand, according to Grouse Mountain spokesperson Jacqueline Blackwell.

“Both of these records occurred several years before he was sanctioned by the Canadian Center for Ethics in Sport,” she said by email.

However, if evidence to the contrary comes to light, she said Grouse Grind Mountain Run officials would examine it, she said.