VANCOUVER -- Weeks after the cremated remains of 36-year-old Darrell Baker were delivered to Canada Post, his grieving family is losing hope they will ever arrive back home in B.C.

Courtney and Laura Baker told CTV News their brother's ashes appear to have been lost in the mail.

Darrell moved to Alberta years ago to work on the oil rigs, and died suddenly back in November. The family is still awaiting his autopsy results.

His cremation was handled by the Edmonton funeral home Connelly McKinley, which confirmed that the package containing his remains was delivered to Canada Post on Dec. 22 and mailed with priority shipping.

Staff at the funeral home said transporting remains through the mail is fairly routine. Loved ones disappearing in transit is not.

The family has been waiting for Darrell's ashes to arrive at their mother's home in Maple Ridge ever since, but the delivery date shown on the Canada Post website has been pushed back repeatedly. Under the expected delivery date, it now reads "Item delayed — stay tuned for updates." 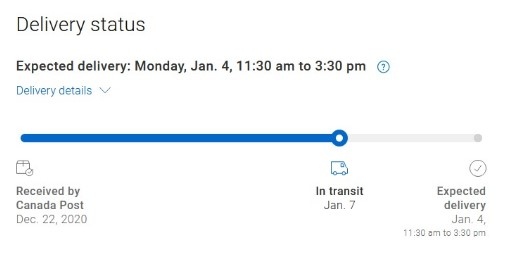 Canada Post did not answer when asked whether it was aware of the location of the package containing Darrell's remains, but provided a written statement calling the family's situation "unfortunate."

"We understand the importance of this item and therefore investigated immediately when first contacted by the customer. We are keeping in contact with them as we continue investigating within our network," a spokesperson wrote. "We regret and apologize to the customer for their experience."

The sisters said their mother, who has suffered some health problems recently, has taken the situation particularly hard.

"She's been very silent over the past few days," Courtney said. "With my brother's passing and not knowing where his ashes are, I feel that it's only exasperating her health issues."

The sisters described Darrell as their "baby brother," and someone who had a great love for animals.

"From the time he was young, he was rescuing animals, taking in stray cats," Courtney said. "Months before his passing he was still rescuing stray animals and finding them homes."

The family had a few plans for Darrell's remains. Courtney had purchased pendant urns for a few family members to wear in memory of their younger brother, and the rest of his ashes were eventually going to be put in a cemetery.

Now, they are facing the possibility they won't be able to get that kind of closure.

"I'm so angry," Laura said. "Like, come on. That's my brother – give him some consideration."