Girl hit in face with firework near Surrey RCMP detachment

Girl hit in face with firework near Surrey RCMP detachment 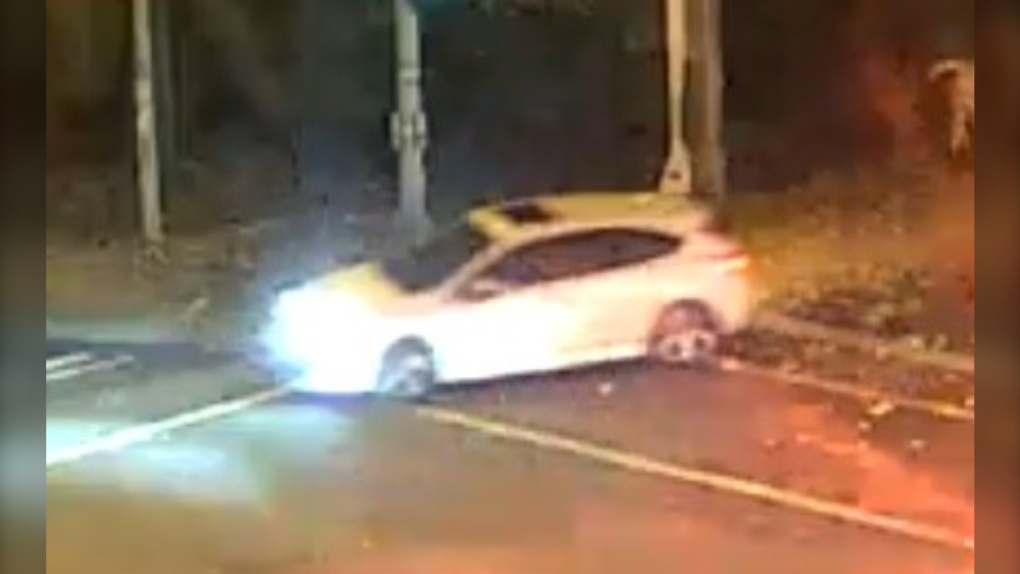 RCMP are investigating after a girl was hit in the face by a firework near its Surrey detachment.

A youth in Surrey is recovering from minor injuries after being hit in the face by a firework early Sunday morning, prompting Mounties to investigate.

RCMP say the girl and her friend showed up to the Surrey detachment just before 1 a.m. and reported someone had fired the firework directly at them from inside a car.

The victim was taken to hospital for minor injuries to her forehead and has since been released, according to police.

After reviewing video from traffic cameras of the intersection of 104 Avenue and 148 Street, close to where the victim was hit, investigators have released a photo of a vehicle believed to be involved. The Surrey RCMP detachment and Hjorth Road Elementary School also share that intersection.

“Police are asking for anyone in the area who witnessed the incident or has dash camera footage to contact police,” reads a Surrey RCMP statement released Wednesday morning.

Based on current information, Mounties say the incident appears to be isolated.

Investigators believe there were two other vehicles in the area that may have witnessed the dangerous drive-by, according to the release.

Surrey RCMP Const. Sarbjit Sangha told CTV News that multiple people may have been in the white car.

“We don’t know whether the victim knew anyone in the car,” said Sangha.

Higher grocery prices are expected to hit stores across Canada soon as a blackout on price increases over the holiday season comes to an end.

Experts say Canada's plan to increase immigration may ease some pressures in the labour market, but bigger changes are needed to ensure new permanent residents are matched with the jobs that most need filling.

Nearly 130,000 Helly Hansen sweaters and hoodies have been recalled in Canada due to flammability concerns.

A couple abandoned their baby at an airport check-in desk in Tel Aviv, Israel after arriving without a ticket for the child.

The FBI searched U.S. President Joe Biden's vacation home in Rehoboth Beach, Delaware, on Wednesday without finding any classified documents, the president's attorney said. Agents did take some handwritten notes and other materials relating to Biden's time as vice president for review.