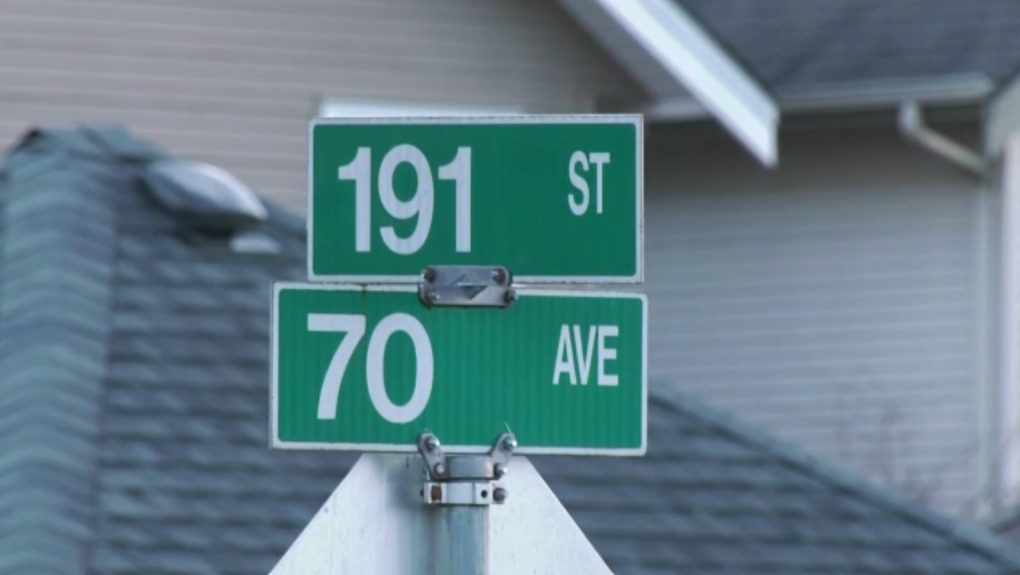 Police in Surrey are investigating after a girl was assaulted by a stranger in the city's Cloverdale neighbourhood Friday afternoon. (CTV)

VANCOUVER -- Police in Surrey are investigating after a girl was assaulted by a stranger in the city's Cloverdale neighbourhood Friday afternoon.

The incident occurred shortly after noon near the intersection of 70 Avenue and 191 Street, Surrey RCMP said in a news release.

Police said a "female youth" was walking on 70 Avenue when a man she didn't know approached her and wrapped his arms around her.

The girl was able to break free from the man and run to a nearby school to call for help, police said, adding that she was not physically injured in the altercation.

RCMP are asking the public for help identifying the suspect, who they describe as a white man in his 40s with short brown hair. He is tall and thin and was wearing a red Nike hoodie and black jogging pants at the time of the incident, police said.

Officers are canvassing the area for surveillance video and police ask anyone with information about the incident or dash cam video to contact them at 604-599-0502.