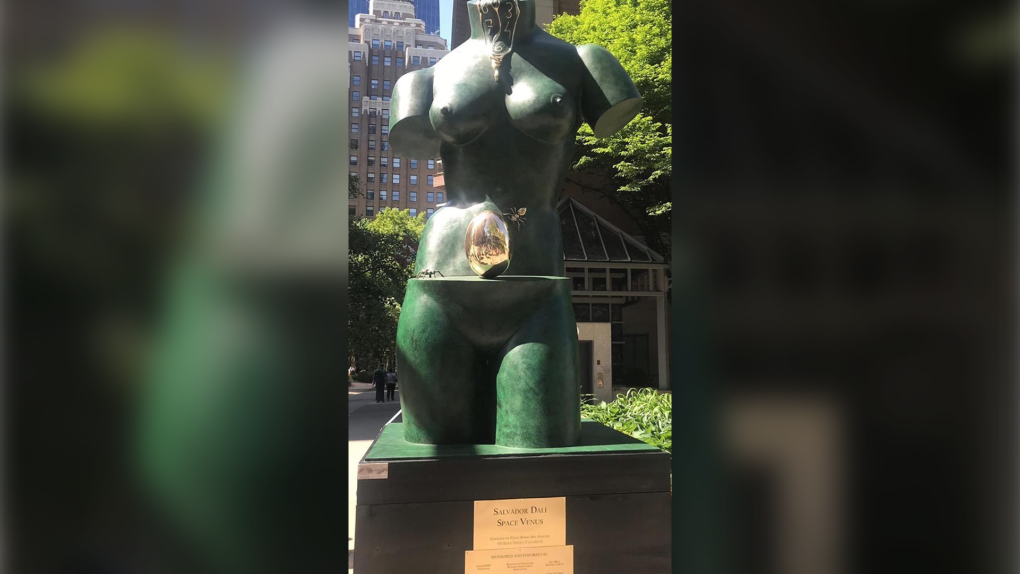 A giant golden egg, part of a Salvador Dali piece of artwork, was stolen over the weekend and a Vancouver art gallery is asking for help to find it.

The sculpture, known as Space Venus, has been on display at the intersection of West Hastings and Hornby Streets.

The $2.8 million artwork consists of two human torsos, and used to feature a golden egg – made of bronze – prominently displayed.

But the art gallery behind the display says the egg was stolen during the early morning hours of June 22.

"We're still reeling," said Oreegiana Copoulos, the gallery director for Chali-Rosso Art Gallery. "We're really optimistic that someone will do the right thing and return the egg. It has no value to anybody other than us. It doesn’t have any intrinsic value, you can't sell it."

Copolous says the gallery can't imagine why the egg was stolen.

"Unless you've got a big golden goose somewhere that needs an egg, I don’t know what you need it for," she told CTV News.

The gallery says it’s the fifth large-scale sculpture it's brought to the city, at great expense to itself, and may mark the end of bringing an original piece of art to Vancouver.

"There's so many people who have been enjoying it, that it would be a crime to deprive so many people to enjoy having an original Salvador Dali sculpture in Vancouver," said Copoulos.

The gallery is asking for any who may have witnessed something, or for nearby businesses with security footage, to call Vancouver police.