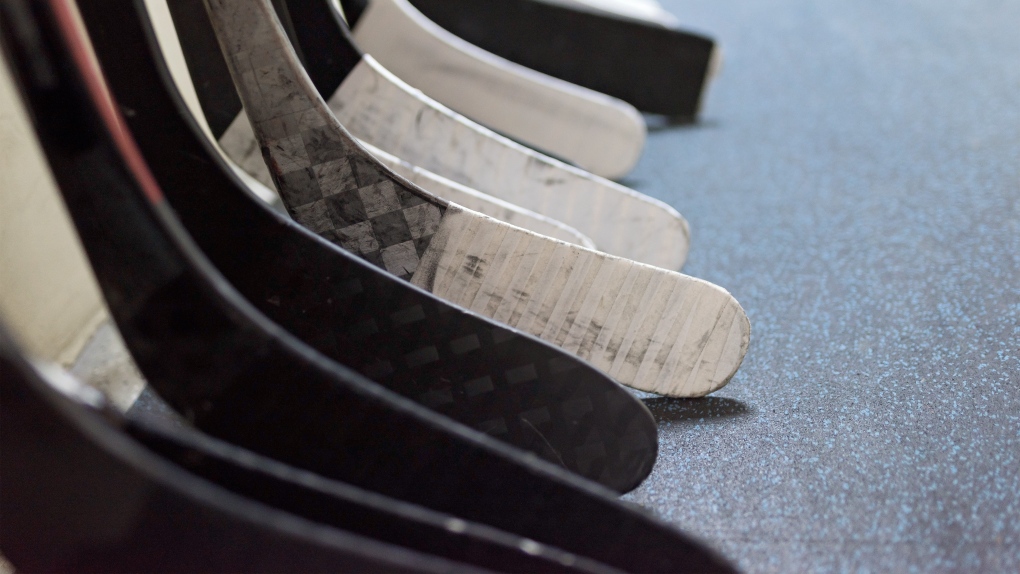 A Canadian researcher with a brother working for the NHL says there's a reason professional hockey players don't seek mental health help when they need it.

Katie Crawford, a student of the University of British Columbia's kinesiology program, said cultural and systemic factors are at play, and the league hasn't done enough to support its players.

Her study was released after the anniversary of the death of former Vancouver Canucks forward Rick Rypien. Rypien died of suicide on Aug. 15, 2011, and had a history of clinical depression.

"Despite several extreme and unfortunate cases, and the fact that they've had numerous athletes openly struggle with mental health, the NHL hasn't really taken concrete steps to provide adequate and impactful support," Crawford said in a news release from UBC Wednesday.

She and co-author Mark Beauchamp, a UBC professor, say that other studies have looked into the mental health of elite athletes, but none have looked specifically at why male ice hockey athletes don't seek help when they need it.

Crawford and Beauchamp's work looked at why those athletes are reluctant to access support, and when they do, why they don't receive what they actually need.

They interviewed a group of current and recently retired players, the majority of which (18 out of 19) have NHL experience.

According to Crawford, whose father was a former coach and brother works in the NHL, the findings of the small peer-reviewed study suggest there are key barriers.

Some athletes told her they'd minimized or dismissed their conditions because they worried about being labelled as selfish. Instead, they only got help if it was seen in a way that benefited the entire team, they said in their interviews.

Some said they were worried about the attention mental health care might put on them, or being seen as asking for too much and "sucking up resources," Crawford quoted.

Some said they'd watched others' experiences and made assumptions from that.

"We saw that if a team member had a bad experience with receiving help from a professional, then that will spread like wildfire and completely shut down any future help seeking on the team," Crawford said.

Many shared that they didn't have much trust in team personnel: they were worried if word got back to general managers or coaches, they'd lose their jobs.

Crawford and Beauchamp said something that became apparent through the interviews was a "general culture of silence and suspicion" in hockey organizations.

The pair hopes the study helps boost what they describe as a slow shift, though they say "much more" is needed from the top of organizations like the NHL.

"The one thing most participants expressed was there was a lot of talk in the industry but not much changing systemically at the base level," Crawford said.

Efforts toward de-stigmatization, such as players sharing their personal stories, are making a difference, changing what it means to me a "good team player."

This definition, Crawford said, is moving from someone being "hard and tough" to someone more mindful, leading by example and asking for help when needed.

Also, she said, some teams already have good systems in place, with ethical staff and medical professionals who respect confidentiality.

There's also an NHL Players' Association hotline available for those who need it.

But Crawford and Beauchamp say the study shows more is needed.

"There needs to be a precedent set from the top of the leagues and players' associations around foundational, consistent, ethical and confidential support of teams and their players across the board."

CTV News has reached out to the NHL and NHLPA for comment.

If you or someone you know is in crisis, here are some resources that are available:

If you need immediate assistance call 911 or go to the nearest hospital.

The number of people hospitalized with COVID-19 has reached a two-month high in Ontario, as most public health indicators now point to a fall resurgence of the virus.