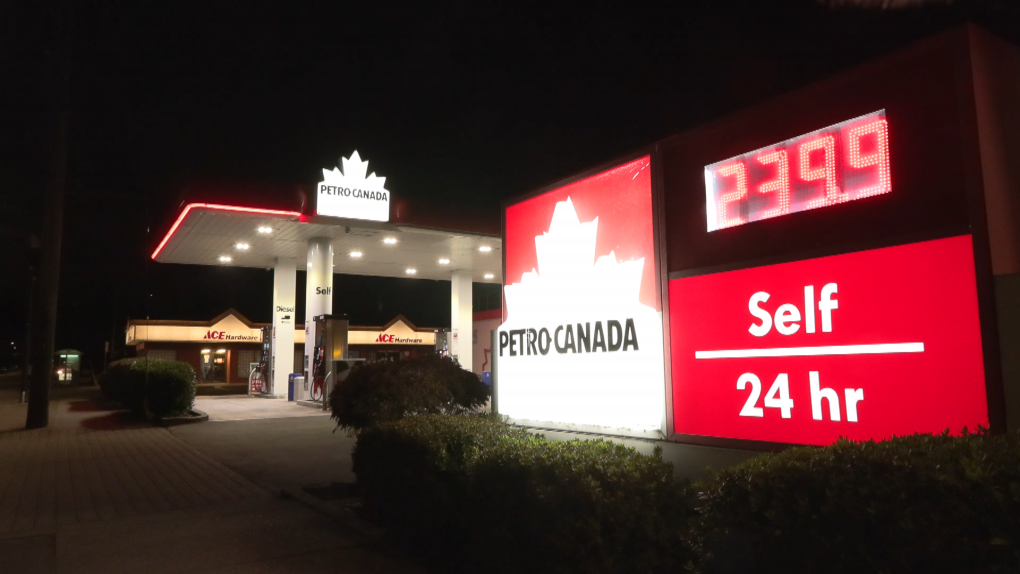 Metro Vancouver has broken yet another gas price record at 239.9 cent per litre.

It’s the latest blow to the cost of living in the increasingly unaffordable province.

Lower Mainland drivers are still paying the highest prices in the country.

“Gas prices have shot up by almost 40 cents in just a few days. That is completely unheard of. I've never seen a price spike happen that quickly,” said Werner Antweiler, an economics professor at UBC's Sauder School of Business.

Analysts say the historically high prices are due to tight supply, as a major pipeline and a refinery on the West Coast undergo maintenance.

“It is driven only by local factors here on the West Coast and generally in North America. It has nothing to do with international oil markets this time,” said Werner.

Many drivers have questioned why Metro Vancouver is being hit with higher prices than anywhere else on the continent.

“Vancouver is very directly linked by an immediate pipeline to the western states, to the U.S., to the West Coast. And so anything that happens on the West Coast of the U.S. hits Vancouver harder, whereas the rest of BC does have the ability to more easily access other supply chain routes,” said Paul Pasco, a consultant for Kalibrate Analytics.

Back in March, Premier John Horgan announced a $110 rebate to ICBC customers that was intended to provide some relief.

However, the cheques arrived later than promised, with some still waiting for theirs in the mail.

“With rising costs spurred by global inflation, I understand that families’ ability to budget is made more challenging when they see price fluctuations at the pump,” said Bruce Ralston, the minister of energy, mines and low carbon innovation, in a statement to CTV News.

Ralston says the province continues to monitor the situation, noting a number of relief measures that have been brought in to combat the rising cost of living.

The Liberal finance critic would like to see a freeze on the provincial gas tax.

“They're collecting $12 billion more in taxes this year than they did when they took office. They stubbornly refuse to make any adjustment to taxes that could help people like on gas taxes, and that puts a damper on the overall economy,” said Peter Milobar, MLA for Kamloops-North Thompson.

“It's impacting gas, food prices. It's impacting home repair prices when tradespeople have to charge you more to get around to do the work in your home,” he added.

On average, Metro Vancouverites pay 75 cents a litre in tax.

“Here in the Lower Mainland, we have not one but two separate provincial carbon taxes that add about 26 cents a litre every single time you fill up your car," said Carson Binda, B.C. director of the Canadian Taxpayers Federation.

"On top of that, we also have a TransLink tax for residents of the Lower Mainland, which adds another 18.5 cents every single time you fill up your vehicle."

Prices are expected to climb another two cents by Friday to 241.9, which will be yet another all-time high for the region.

However, analysts say the record prices won’t last and expect to see a 20 cent price drop within the next two weeks.

“My hope is that you'll see a low at around the $2 mark coming out of Thanksgiving there. There is a major refinery due to come back on in early-to-mid-October, they've scheduled maintenance there,” said Pasco.

Prediction site Gaswizard.ca anticipates the situation will get worse before it gets better, with prices possibly reaching $2.46 a litre over the weekend.