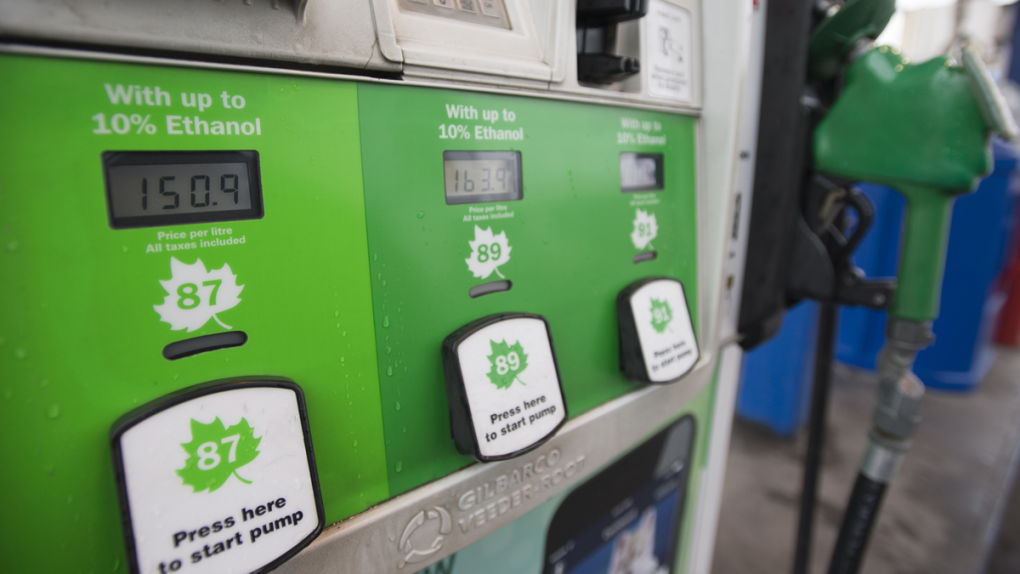 A fuel pump is pictured at a gas station in Vancouver, Wednesday, July 17, 2019. THE CANADIAN PRESS/Jonathan Hayward

VICTORIA - Prime Minister Justin Trudeau says Ottawa is open to proposals from the private sector for a refinery in British Columbia, as a public inquiry into the province's soaring gas prices reviews possible solutions.

The prime minister says he knows B.C. residents are struggling and the federal government is open to ideas that would make life more affordable for Canadians.

“We're always open to seeing what the private sector proposes, what business cases are out there. We believe in getting things done the right way and we're going to work with people to find solutions to make sure that people can afford their weekly bills,” Trudeau said.

He made the comments in Victoria Thursday following a joint announcement with Premier John Horgan of $79 million to support 118 new transit buses across the province.

The funding will also allow for 10 long-range electric buses that would provide greener transportation options in Greater Victoria.

Horgan called the gas price inquiry in May when prices at the pump reached $1.70 on the Lower Mainland, saying the public deserved answers about why prices are so much more expensive and variable than in other jurisdictions.

Horgan said Thursday that while the province wants a transition away from fossil fuel dependence, that transition should be aided by more refined product to give B.C. drivers relief.

The province believes that, like raw logs, there's an economic opportunity lost when oil and gas goes to market before value is added, even as the province moves toward cleaner energies, he said.

Oral hearings are ongoing in the public inquiry into gas prices and the three-member panel chaired by the David Morton, CEO of the B.C. Utilities Commission, is set to release a final report and recommendations Aug. 30.

Henry Kahwaty, an economist hired by Parkland Fuels, which owns and operates one of the province's only refineries in Burnaby, told the panel on Wednesday that there have been several business cases circulating for additional refineries in the province.

But Kahwaty said the business cases put forward aren't based on meeting local demand, even if some of the product would undoubtedly end up in B.C.

Dozens of protesters rallied outside a Liberal fundraiser Thursday night, carrying signs saying “declare a climate health emergency,” and “get oil out of our soil.”

Some held up giant, inflatable orcas mounted on sticks, a reference to the endangered species threatened by the increased tanker traffic that would come with the pipeline's expansion.

They called for a stronger federal climate action plan and criticized Trudeau for his government's approval and purchase of the Trans Mountain pipeline expansion.

Trudeau told reporters that selling Canadian oil to American markets at a discount won't help the environment but redirecting some of the profits from the expansion will.

During the fundraiser's “armchair discussion,” Trudeau said we're in a time where populism and social media are amplifying voices on the peripheries and the Liberal party is committed to the “hard work,” of finding what can be complicated solutions.

“Nobody has a sign that says 'Make a decent compromise,' 'Find a reasonable way forward,' 'Get that right balance.' ”

Although, he said he was flattered to hear the same orcas were at Elizabeth May's wedding in April.