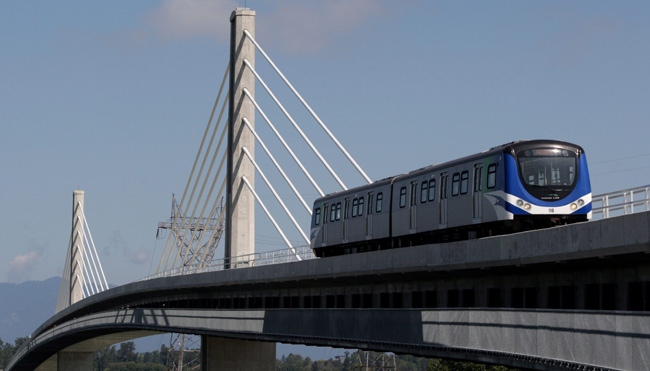 A dodge ball team’s gangster-inspired costumes caused trouble on the Canada Line Tuesday when a witness called police after seeing one member brandish what looked like a hand gun.

Transit police say the 10 men, all in their 20s, were on their way down to the Richmond Oval to represent a local chain restaurant at a dodge ball tournament.

“They were dressed up for the occasion, with their theme being ‘West Coast Gangsters,’” police said in a statement.

And everything was going fine until an onlooker at Yaletown Station saw one of the bandana-wearing doge ballers pull out a gun then tuck it back into his pants.

The men were ordered off the train at Langara Station with their hands up.

The station was shut down temporarily while police searched the group, though the tense situation was quickly diffused when police realized they were dealing with a mere pellet gun.

“A pellet gun can be purchased but you’re not to display any kind of fake gun or replica gun. People report it as a real gun. The potential is huge,” said transit police spokeswoman Anne Drennan.

The team was given a “stern warning” but allowed to proceed to their tournament – though the embarrassing encounter didn’t go unnoticed.

“So an incident at Langara Station saw a group of young men in transit police custody on the platform,” posted Twitter user @niekelaos.

Drennan said none of the men were known to police and they were “just young guys having fun.”

“Unfortunately one of them didn’t use their common sense,” she said.