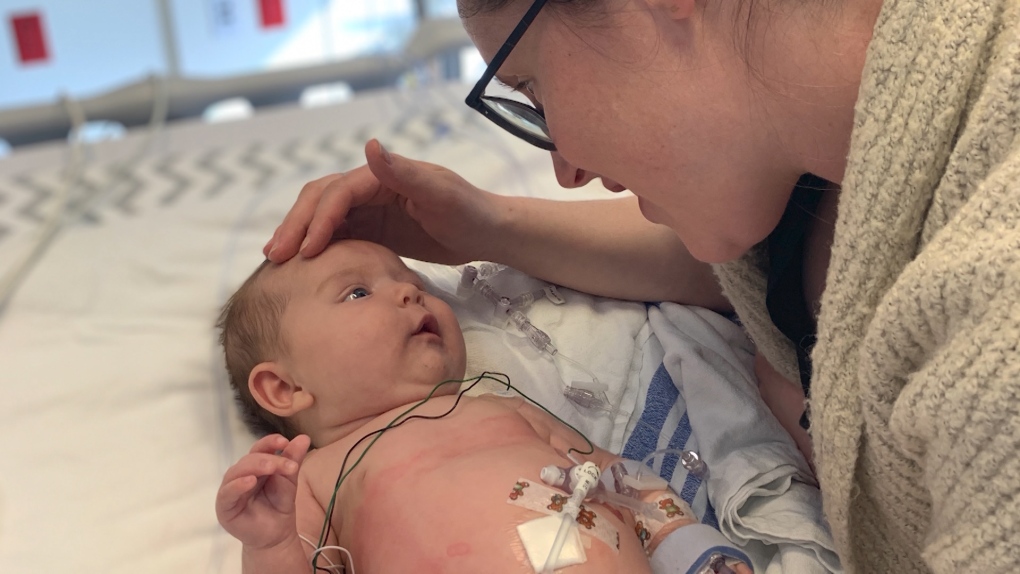 VANCOUVER -- Friends, family and total strangers have donated more than $2 million to help a B.C. baby who needs expensive treatment.

As of Friday afternoon, more than 48,000 people had contributed to the online campaign.

The family says if her disorder is untreated, she may not live to the age of two.

B.C.'s health ministry covers only one treatment for SMA, called Spinraza. The van Doormaals are considering another, called Zolgensma, which was submitted for review earlier this summer.

Both drugs are expensive, but Zolgensma is estimated to cost around $3 million for a single dose. However, children who take Zolgensma early in their lives often have better outcomes, so the drug may actually be cheaper than taking a decade of Spinraza treatments, which cost about $750,000 for the first treatment and $350,000 for further doses.

According to her family, Baby Lucy would be the first in B.C. to be treated with Zolgensma. This would mean paperwork for her family, and training for her medical team.

Her family posted an update earlier this week saying they'd had their first clinic day, meaning they'd stayed in a room while the medical professionals on the baby's care team cycled through for checkups.

"Lucy saw her neurologist, respirologist, nutritionalist, occupational therapist and to top it off social services is there to ensure parents are hanging in," the family wrote in the update.

They said she may need to spend more hours on her BIPAP ventilator at night, but nutrition-wise she's doing well. The occupational therapist will be making wrist splits for Lucy to sleep in, which will keep them from flaring out, and the child will continue to see her physiotherapists once a week. She's also doing water therapy.

As she gets older, she's developing her personality, her parents said. She loves to be moved, and smiles almost on demand.

"Overall, Lucy is hanging in there – she's a fighter," they wrote.

"She brings us so much joy, and that's the part that hurts the most in this journey."