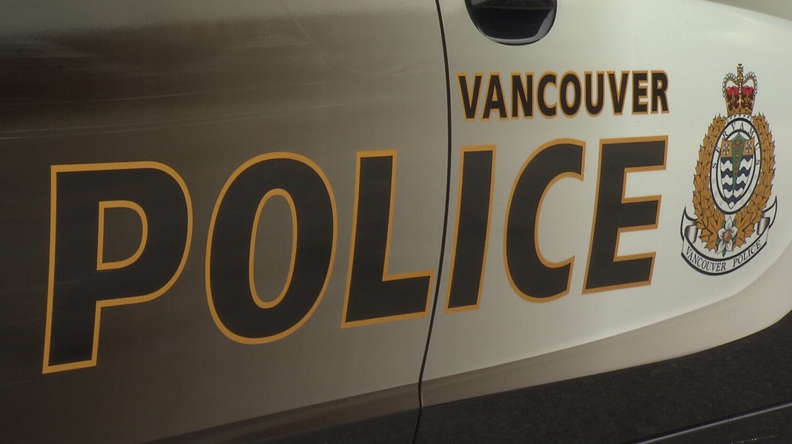 Vancouver police have launched an online dashboard allowing the public to track crime rates in their neighbourhood.

Their Crime Statistics Hub shows data for 11 crimes ranging from bike thefts to homicides, and allows users to filter by region and date.

According to the site, the most reported crime so far this year of the options listed is theft from vehicles, with 13,464 reported in 2018. At 0.04 per cent, homicides are the least reported crime in the city.

The percentages are similar to those seen last year, when 35 per cent of reported crimes involved thefts from vehicle and 0.05 per cent involved a homicide.

Graphics from the VPD's GeoDASH Crime Statistics Hub show percentages of 11 crimes in 2018 (left) compared to 2017. Click the image to view a larger size.

"Generally, Vancouver is a safe city," Sgt. Jason Robillard said in a statement announcing the hub.

"In our last quarter, our violent crime rate decreased, however the property crime rate increased."

Knowing what crimes are occurring in which areas can help residents of those neighbourhoods protect their property and personal safety, he said.

Users can also view data specific to their own neighbourhood. Grandview-Woodland has seen 585 of the thefts from vehicles reported to police this year, while nearly double that number were reported in the West End.

When looking at bike thefts, 210 were taken from Mount Pleasant this year, but only 11 were reported stolen in Kerrisdale, the data suggests.

The tool allows users to compare trends of all crimes over a three-year period, and to filter by type of crime.

For example, the map shows overall growth of mischief and theft from vehicles over time, while offences against a person and commercial break-and-enters appear to be decreasing.

Vehicle and bicycle thefts show spikes and dips over the last three years. 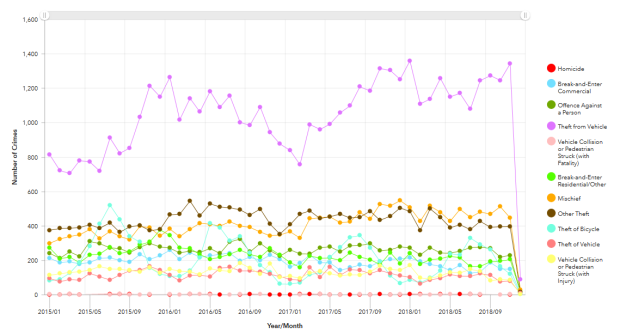 Click the above image to view a larger version.


The hub also includes a fuel-gauge-style dashboard showing the last eight weeks of 2018 compared to 2017.

Up from last year are fatal crashes including pedestrian-involved collisions, and theft of bicycles.

The new tool was launched three years after the VPD first posted their GeoDASH crime map, an online tool that plots crimes in the city nearly in real time. The map is still available online.

Tap the image below to launch the VPD's new Crime Stats Hub in a new tab. 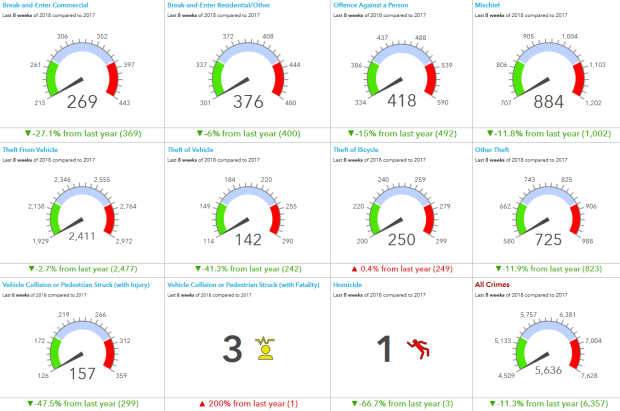 Viewing this article on a mobile device? If embedded images aren't showing up, click here for a compatible version.