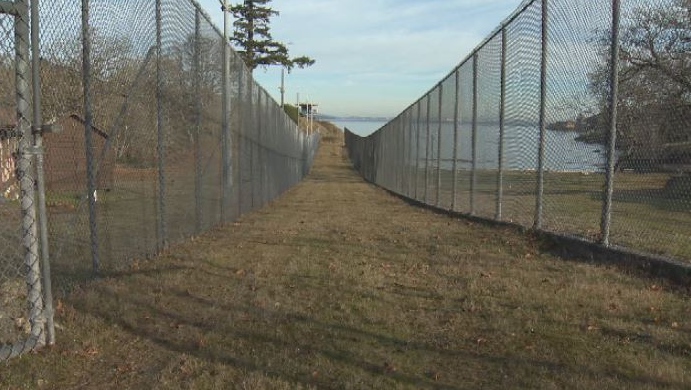 A prison fence on Vancouver Island is seen here in a 2017 file photo.

VANCOUVER -- A new international study has found that head injuries among women in prison are “incredibly” high.

Four out of five women in prison in Scotland have a history of head injury, frequently as a result of domestic violence, according to a new study by Simon Fraser University researcher Hira Aslam, which was published last week.

“While we anticipated that the incidence of head injuries among women who are involved in the criminal justice system would be high, these estimates exceeded our expectations,” said Aslam in a news release.

The SFU psychology graduate led the interviews and assessments with female inmates, and is the study’s second author.

Furthermore, women who had head injuries generally had prison sentences that were three times longer.

Aslam says she wants to see the research expanded to study Canadian prison populations too.

“The relationship between head trauma and both violent crime and length of incarceration suggests that this may be an important consideration in the assessment and management of violent offending, as well as in reducing the risk for reoffending,” she said.

“There is a need to consider these vulnerability factors in Canada and elsewhere in developing appropriate policy and interventions for this population."

The study, which started in 2018, was based on interviews and assessments of 109 incarcerated women in Scotland, which represents nearly a third of the country’s female prison population. The vast majority of the women who participated were white (104) and cisgender (104).