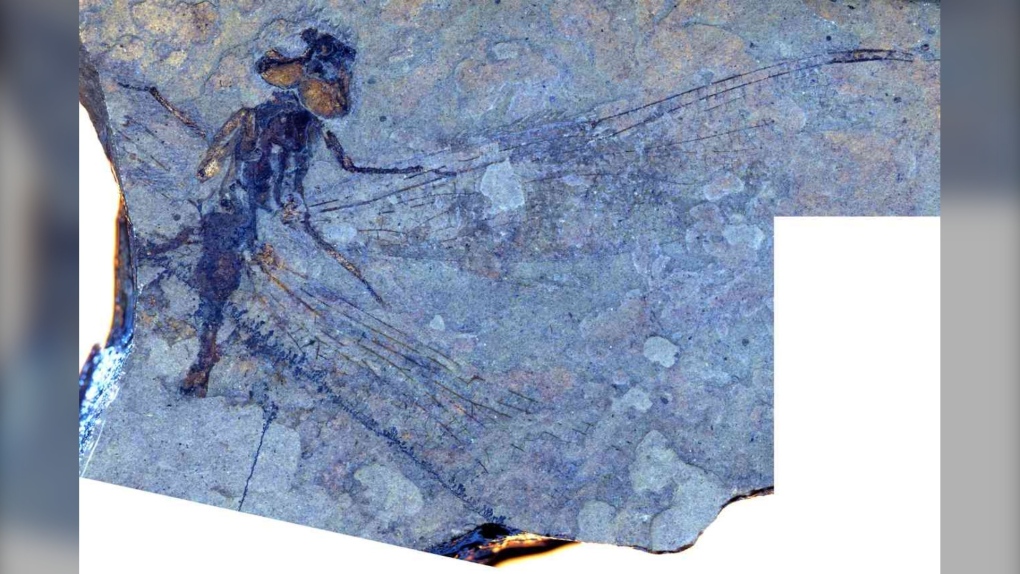 A fossilized dragonfly is shown in an image from SFU.ca.

VANCOUVER - Simon Fraser University says six fossil dragonfly species, dating from about 50 million years ago, are the first from B.C. and Washington to receive scientific names.

Researchers from the university and Royal BC Museum examined nine rare dragonfly fossils from the McAbee fossil site west of Kamloops and the town of Republic in northern Washington.

The university says the fossils represent eight previously unknown species, six of which were preserved well enough to be given scientific names, and the findings were recently published in an academic journal.

Scientists say these dragonflies didn't co-exist with dinosaurs and belong to more modern families, adding they would not look out of place today flying beside a modern pond. 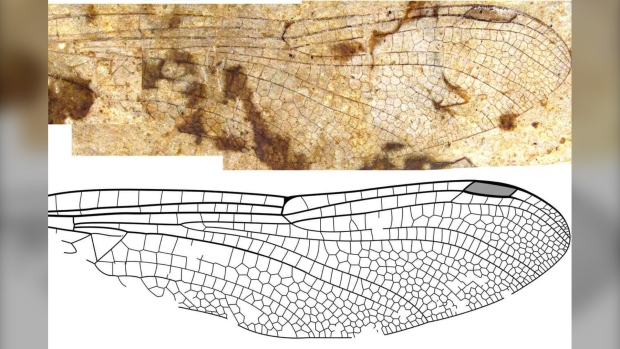