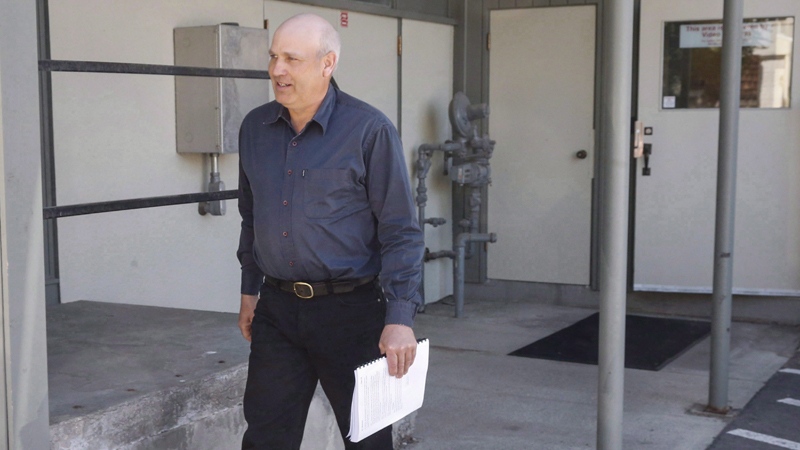 CRANBROOK, B.C. - A former leader of a polygamous sect in British Columbia has been sentenced to 12 months in jail for taking a 15-year-old girl into the United States to be married.

James Oler, the one-time leader of Fundamentalist Church of Jesus Christ of Latter Day Saints in Bountiful, showed no reaction when he was sentenced in Cranbrook by B.C. Supreme Court Justice Martha Devlin.

The sentencing concludes a legal process that began five years ago when he was charged with the removal of a child from Canada under a Criminal Code subsection that the removal would facilitate sex offences.

During Oler's trial, court heard that church records seized by American law enforcement indicated that church leader and prophet Warren Jeffs called Oler on June 23, 2004, and ordered him to bring the girl to the U.S. to be married.

Oler didn't have a lawyer during the trial or sentencing process, but lawyer Joe Doyle was appointed as a friend of the court to ensure there was a fair trial and he suggested a sentence of between six and 18 months in jail.

This was Oler's second trial. He was acquitted in his first trial when a judge ruled it was unclear that Oler did anything within Canada's borders to arrange the teen's transfer to the United States.

At the original trial, Brandon James Blackmore and Emily Ruth Gail Blackmore were convicted for removing a 13-year-old girl from the country for marriage. Brandon Blackmore was sentenced to 12 months in jail, while Emily Blackmore was handed a seven-month sentence.

Oler, 55, was also convicted of practising polygamy alongside Winston Blackmore, who was also a leader in the polygamous community. Both men were sentenced to house arrest and probation in June last year.

In sentencing Oler on Thursday, Devlin said she considered the nature of the crime and the impact his actions had on others. She also cited mitigating factors for her decision including his clean criminal record prior to the polygamy conviction and that he acted on sincerely held religious beliefs rather than being motivated by money or sexual gratification.