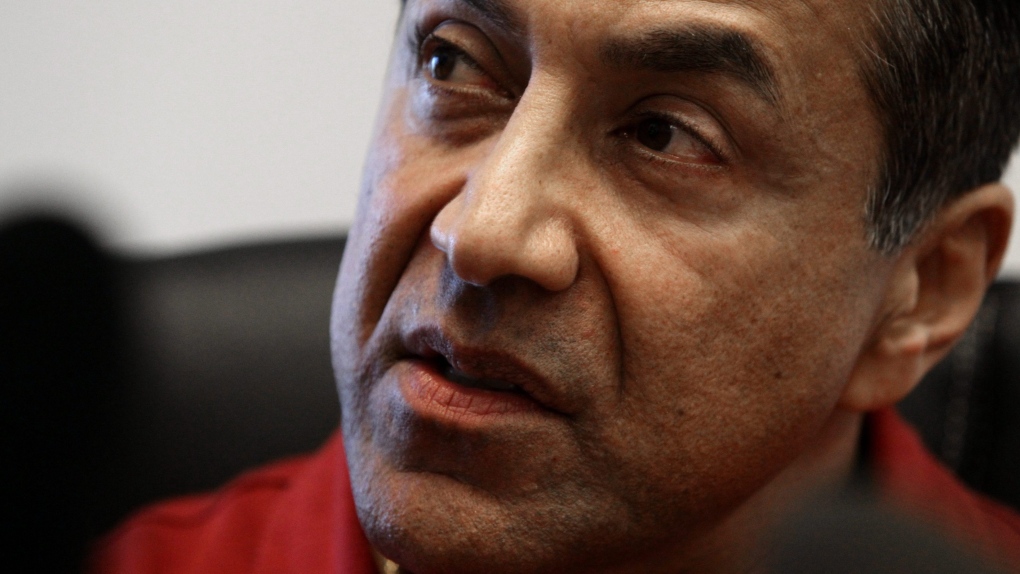 VANCOUVER -- A former cabinet minister bluntly denied telling a gaming investigator members of the B.C. Liberal government knew about illegal activities at casinos but were doing little to prevent it.

Kash Heed told the Cullen Commission public inquiry into money laundering on Friday that he recalled a lunch in Victoria in 2009 with former gaming investigator Fred Pinnock, but his memory of the meeting differed from what the inquiry heard last year.

Pinnock testified last fall that he met with Heed in November 2009 shortly after he was appointed solicitor general to raise concerns about large amounts of suspicious cash that were likely linked to organized crime at B.C. casinos.

The former RCMP officer, who once led its now-disbanded integrated illegal gaming enforcement team, said he was shocked when Heed told him the gaming minister at the time, Rich Coleman, was more concerned about making money for the government than fighting casino crime.

Heed, who is also a former chief of the West Vancouver Police Department, testified he didn't make such a comment.

“Did you say anything to him in that meeting in November of 2009 about members of government knowing what was going on in casinos and turning a blind eye to it?” asked commission lawyer Brock Martland.

“Did you make the comment or say Mr. Coleman knew what was going on inside the casinos?” Martland asked.

Coleman testified earlier this week he never put gaming profits ahead of fighting crime at casinos.

Martland said Pinnock suggested to the inquiry that Heed knew about money laundering at casinos while he was solicitor general.

“I was not aware and it was never brought to my attention,” Heed said, when the question was put to him.

Heed agreed he did make several candid opinion comments about the money laundering issue to Pinnock during conversations in 2018 that were taped by the ex-Mountie.

He said Pinnock only told him days before he was about to speak with Cullen Commission officials in January 2020 he was going to provide the inquiry with copies of three recordings he made of their earlier conversations.

Heed said he was upset to learn he was secretly recorded by a trusted fellow police officer.

“How do I view it: absolutely, absolutely a breach of any trust I would have with anyone that I thought was a longtime friend, an associate of mine, in policing,” he said.

Heed was recorded saying the Liberal government was aware of suspicious activities linked to money laundering at casinos and Coleman had manipulative powers over top RCMP officers.

“They are not based on any first-hand knowledge or experience from my time in policing or government,” he told the commission. “There was a lot of rhetoric about what two long-serving former cops would discuss.”

Heed said when he was solicitor general, money laundering at casinos was not an issue he was dealing with.

Guns, gangs, grow-ops and domestic violence were priority policing issues when he was in cabinet, he said.

The first time he encountered the money laundering issue at casinos was when a reporter asked him in a legislature hallway, he said.

“That was from out of the blue,” said Heed. “This was not an issue I was aware of. I guess I was a little curt with him. I had to ask my ministerial assistant what (integrated illegal gaming enforcement team) stood for.”

The NDP government called the inquiry in 2019 after three reports outlined how B.C.'s real estate, luxury vehicle and gaming sectors were being used to launder illegal cash.

Cullen thanked Heed for his testimony, saying it was “helpful to have two sides to the story.”

- By Dirk Meissner in Victoria

This report by The Canadian Press was first published April 30, 2021.