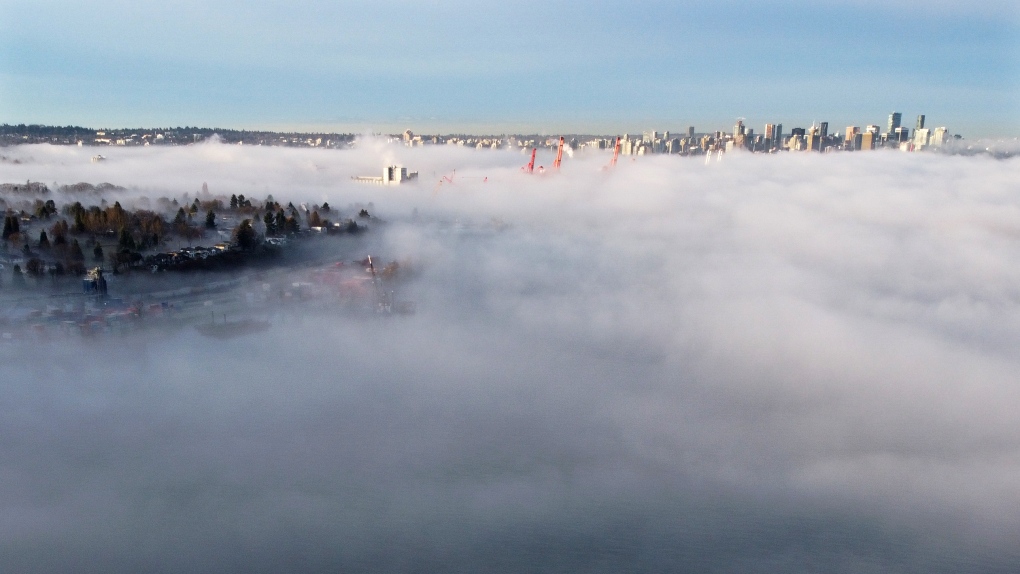 Environment Canada has issued fog advisories for much of B.C.'s South Coast, including Metro Vancouver and Greater Victoria.

The special weather statements warn that fog is likely to return overnight and persist through Monday morning, potentially disrupting commutes.

"Atmospheric conditions are favourable for the redevelopment of dense fog across Metro Vancouver and the western and central Fraser Valley," the weather agency says in its advisory.

"Visibility may be significantly and suddenly reduced to near zero. Travel is expected to be hazardous due to reduced visibility in some locations. If visibility is reduced while driving, slow down, watch for tail lights ahead and be prepared to stop."

Environment Canada had a similar warning for motorists on eastern and inland Vancouver Island, Victoria and the Gulf Islands, and parts of the Sunshine Coast.

"If travelling, be prepared for areas of near-zero visibility," the agency said.

A man who used a sword to kill and maim victims in Quebec City's historic district on Halloween night 2020 has been found guilty of murder.

Rising global temperatures could reduce the amount of sleep people get every year, according to a new study.