Flying from Vancouver to Toronto? A new airline is coming in the New Year

Flying from Vancouver to Toronto? A new airline is coming in the New Year 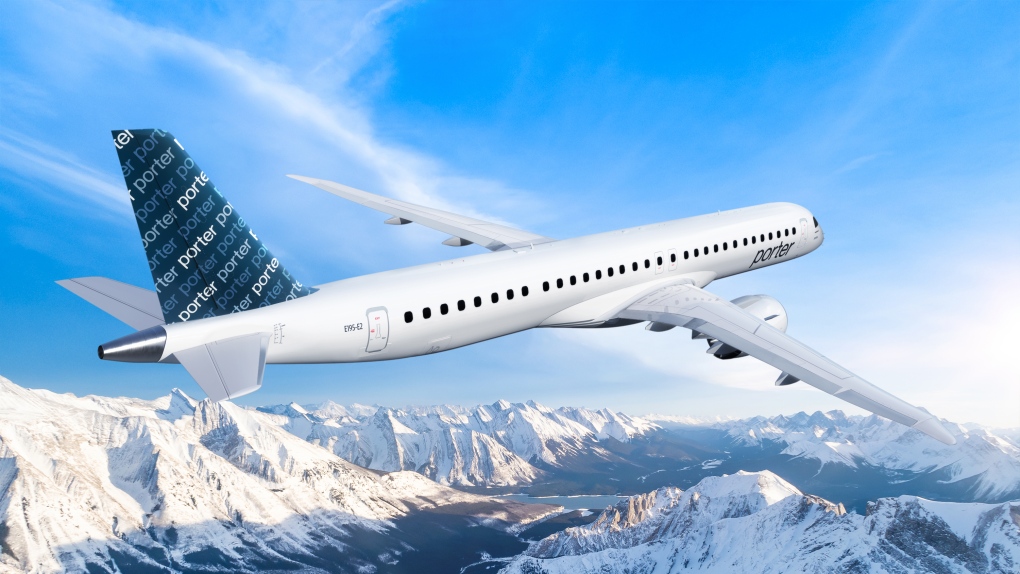 This photo from Porter Airlines shows the E195-E2 aircraft which will be flying between Vancouver and Toronto starting in 2023.

A new option is coming in the New Year for flights between Vancouver and Toronto, as Porter Airlines expands its offerings into Western Canada.

An announcement Thursday says direct flights will start to take off on Feb. 7, with an anticipated average of three per day by March. The introductory round-trip fare will start at $248.

"Flights between Toronto Pearson and Vancouver give travellers the ability to fly across the country with an airline that prioritizes enjoyable economy air travel for every passenger," the news release says.

"Building on the distinct service it offers today in regional air travel, Porter is introducing a new economy experience with an even greater commitment to hospitality and sustainability, at highly competitive fares. This new approach to economy air travel challenges what every North American airline does today."

Complimentary beer and wine in glassware, "premium" snacks and free wi-fi are among the in-flight amenities the airline boasts, as is the configuration of the seats – with two per row meaning " "it is the only airline with no middle seats on every flight."

The aircraft flying the new route will be the E195-E2 which has 132 seats and, according to the airline, is quieter and more fuel efficient than other planes of a similar size.

A report from British Columbia's coroner says a prominent anti-vaccine and COVID critic died in 2021 of a drug overdose, although he also tested positive for the illness post-mortem.