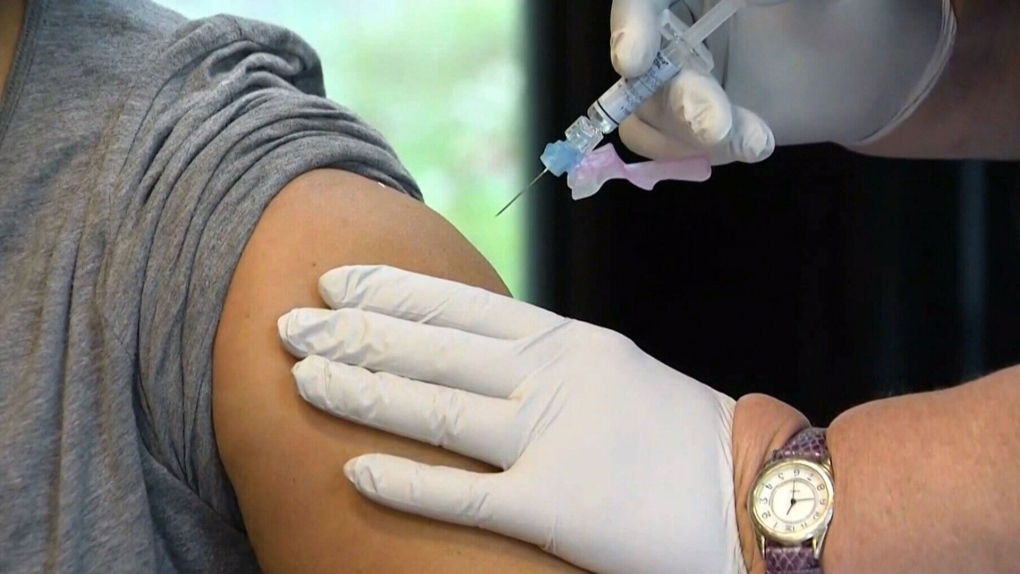 VANCOUVER -- While B.C. is managing rising COVID-19 figures and increasing restrictions, health officials are so far optimistic that the province might not face a "twindemic" with the flu season as previously feared.

During Monday's COVID-19 briefing, both Dr. Bonnie Henry and Health Minister Adrian Dix addressed this year's flu season, saying there have been significantly fewer diagnoses than B.C. had by this time last year.

"This is a good news story … all indicators of influenza activity remain exceptionally low," Dix said Monday. "Despite the increased level of testing, there's no evidence of influenza circulating in B.C. communities, and no long-term care facility influenza outbreaks have been reported so far."

Henry explained that usually by this time of year there are about 700 to 800 positive flu tests in the province. But by last week, she said the province had only seen around seven positive tests for the flu.

"We are quite confident that we are looking for it and we're not seeing a lot of influenza circulating right now," Henry said.

"It's partly because of the measures that we have in place to prevent transmission of COVID-19, because it is transmitted in very similar ways through droplets that we inhale from somebody who's been sick."

The top doctor also explained that, because of COVID-19, fewer people are visiting doctors' offices this year, which makes surveillance for the flu more challenging. Even so, testing for the flu has increased this year. Anyone who goes to their doctor with a flu-like illness gets tested for it, and some people who get a COVID-19 test are also tested for influenza.

Both Dix and Henry also credited the significant increase in flu vaccination this year for the low spread.

By this time last year, about 518,000 doses had been administered by pharmacists specifically. This year, that figure is about 808,000.

"This is, I think, an extraordinary achievement," Dix said.

"Flu season in Canada is looking much better so far than 2019," Lem said. "Everything that's protecting us against COVID-19 like hand hygiene, masking and distancing works for the flu too."

"I've seen lots of people in my office this year who have told me it's their first time ever getting a flu shot and that makes me personally really happy," she said.

"Keep in mind that flu season lasts until April, so it's not too late to get one. I would encourage anyone who has not gotten vaccinated yet to do so."