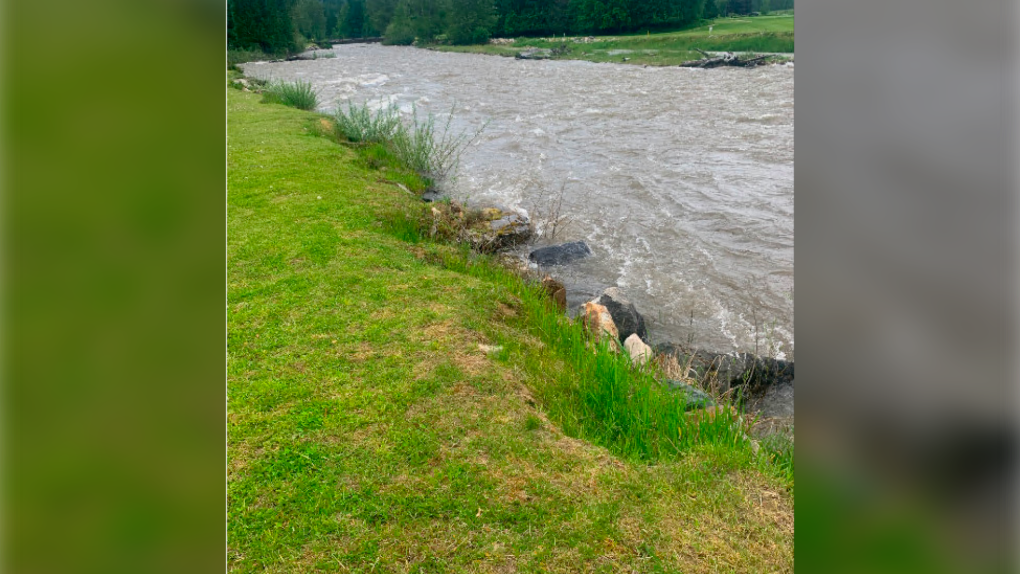 High waters swell Crawford Creek on May 30, 2020, one of many waterways in the Regional District of Central Kootenay at risk of flooding. (Submitted)

The River Forecast Centre extended a flood warning Monday to the Boundary region, including the Kettle, West Kettle and Granby rivers, after issuing a similar warning Sunday for the West Kootenay region.

The centre says severe weekend thundershowers and up to 50 millimetres of rain since Saturday have swollen area waterways.

An updated statement says most of the rivers in both regions have peaked or should peak by later Monday.

The Regional District of Central Kootenay rescinded evacuation orders for homes near waterways around Crawford Bay, Nelson and near Salmo and Ymir, but is maintaining alerts across most of the region.

The forecast shows conditions improving elsewhere, with flood watches up for the East Kootenay and the Bonaparte River near Cache Creek, but all other regions reduced to high streamflow advisories.

The Regional District of Central Kootenay imposed what it called an “unprecedented” evacuation alert over the weekend, covering its entire region with the exceptions of the cities of Nelson and Castelgar.

Hundreds of residents had been ordered from their homes by Sunday night, including those in the Slocan Valley and in the Salmo area, but the order for the Slocan was cut to an alert within hours and the order covering Salmo and Ymir was in effect for about 15 hours.

In the Grand Forks area, where residents remained anxious following devastating floods in 2018, portable inflatable dams had been set up around the city to protect infrastructure.

Eighteen rural properties were evacuated Sunday while the neighbouring district of Okanagan-Similkameen declared a state of local emergency, posting an evacuation order along a section of the Similkameen River.

Flood advisories, watches and warnings cover most of southern and central B.C. from the Chilcotin and Central Interior south to the U.S. border and from an area just outside Hope east to the Alberta boundary.

A previous version said a flood warning was posted for a section of southwest B.C.