'Firearm' in waistband that prompted police response at B.C. hospital was a BB gun 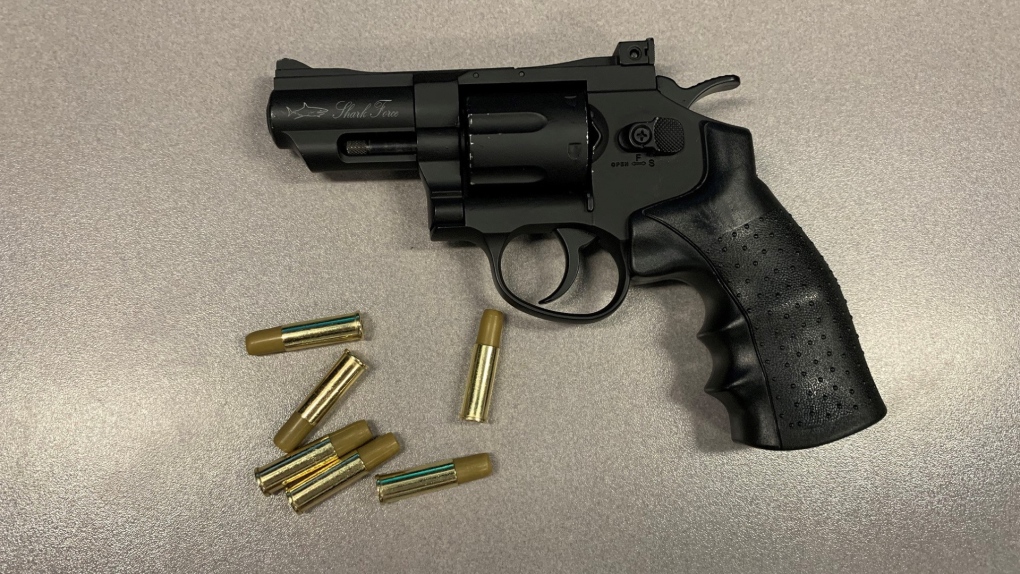 A photo from the New Westminster Police Department shows a BB gun officers say was seized from a man in the ER at Royal Columbian Hospital.

VANCOUVER -- Police say a man was arrested after walking into a Metro Vancouver hospital with what appeared to be a firearm in the waistband of his pants.

The New Westminster Police Department said a man was waiting for treatment in the emergency department at Royal Columbian Hospital Monday morning when staff noticed what looked like a gun.

Officers were called to the hospital at around 8 a.m., and the area was secured as hospital staff moved patients to different parts of the building.

The man was then taken into custody.

"Thankfully no one was hurt," the NWPD said in a news release Tuesday.

On closer examination, the firearm turned out to be a BB gun. Police say they're working to determine the man's motive for bringing the BB gun into the hospital, and that charges are possible.

Any witnesses who have not yet spoken to police are asked to contact the department.