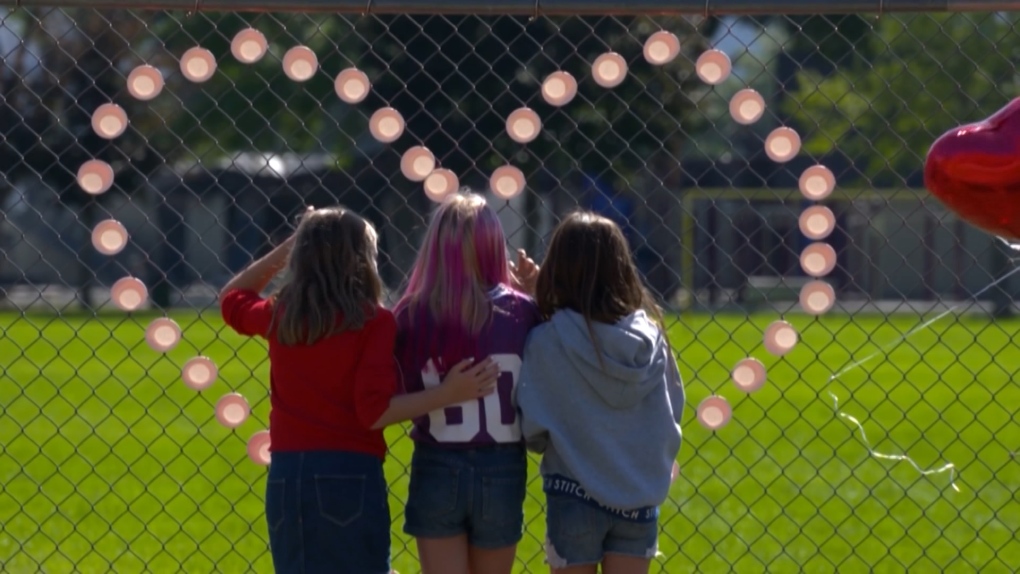 Students gather to view the aftermath of the fire that destroyed Parkcrest Elementary School in Kamloops on Sept. 6, 2019.

A fire that completely destroyed an elementary school in Kamloops was not caused by criminal activity, Mounties say.

Just days into the first week of school, Parkcrest Elementary School went up in flames, leaving hundreds of families scrambling to make plans for their kids as classes were cancelled.

On Monday, the school district met with families and announced that all students and staff would be transferred to George Hilliard Elementary on Monday, and police continued their investigation into the cause of the fire.

On Wednesday, they announced the fire did not start intentionally.

"A very thorough scene investigation was completed. This involved the use of heavy equipment contractors and was complimented by assistance from Kamloops Fire Rescue investigators," Sgt. Brandon Buliziuk, an RCMP fire investigator said in a news release.

"Information provided by witnesses, fire suppression crews; and a combination of physical evidence and known circumstances, led police fire investigators to a ruling that the fire's origin is not suspicious in nature."

The school has been released back to the school district and its insurance agents.

While the cause is still unknown, it could have been electrical or mechanical, Mounties say.

In its statement, RCMP thanked fire crews for their help and local residents for their patience and understanding.

Other programs are being shuffled out of George Hilliard to make room for the Parkcrest students. Four Directions will temporarily move to the Big Little Science Centre, while Twin Rivers Education Centre students and staff will move to NorKam.

"The well-being of all our learners is a priority. And we appreciate that all parent groups and staff we spoke with understand that difficult choices have to be made," said the district's superintendent, Alison Sidow, on Monday.

Over the long term, the school district said it hopes to replace the burned-down elementary school and return all programs to their regular locations.