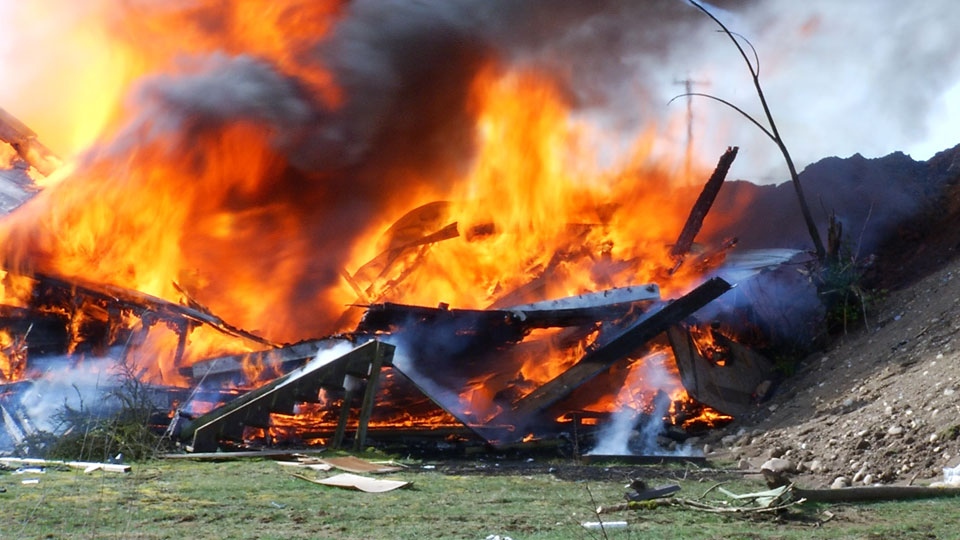 Crews arrived at the scene in the 2000 block of Ross Road shortly after 10 a.m. to find the building on the verge of collapse.

Abbotsford Fire Rescue Asst. Chief Craig Bird said utilities to the building had been disconnected, and firefighters were unsure of the cause of the blaze.

There are no fire hydrants in the area, Bird said, but there was minimal risk of the fire spreading due to its location.