Fire at Lower Mainland summer camp may have been deliberately set: RCMP 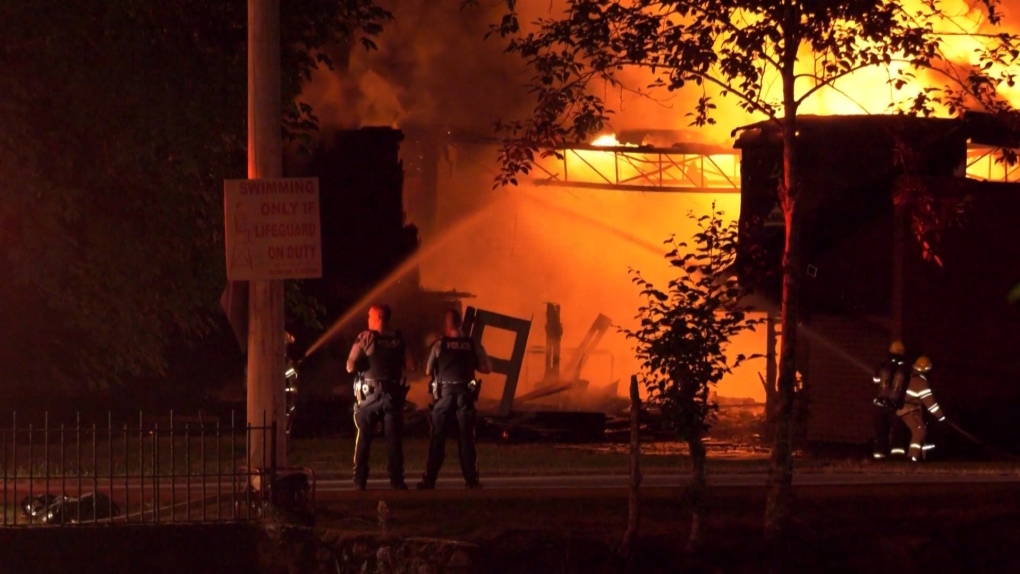 VANCOUVER -- A fire that destroyed part of a summer camp in the Lower Mainland Thursday may have been deliberately set, local Mounties say.

Fire crews were called to the Khalsa Centre summer camp in Mission and have been battling a blaze in its gymnasium since about 2 a.m.

The gym is detached from the rest of the camp, but the fire has completely consumed the building along with nearby trees and power lines.

Nobody was physically hurt, however.

Staff say that because of the COVID-19 pandemic, just 17 people – all staff members – were staying on site overnight, instead of the typical 150.

"After an initial investigation, police believe the fire may have been deliberately set," Mission RCMP said in a news release.

"The Mission RCMP Serious Crime Unit has currently been assigned to the case. At this point the suspects and their motivation behind this act are unknown."

The camp is in a rural area of Mission without cell service, and while crews arrived as quickly as possible, flames were already high. Fire crews have been pumping water out of a nearby pond in order to get the blaze under control.

Anyone with information is asked to contact Mission RCMP at 604-826-7161. Tips can also be left anonymously with Crime Stoppers.