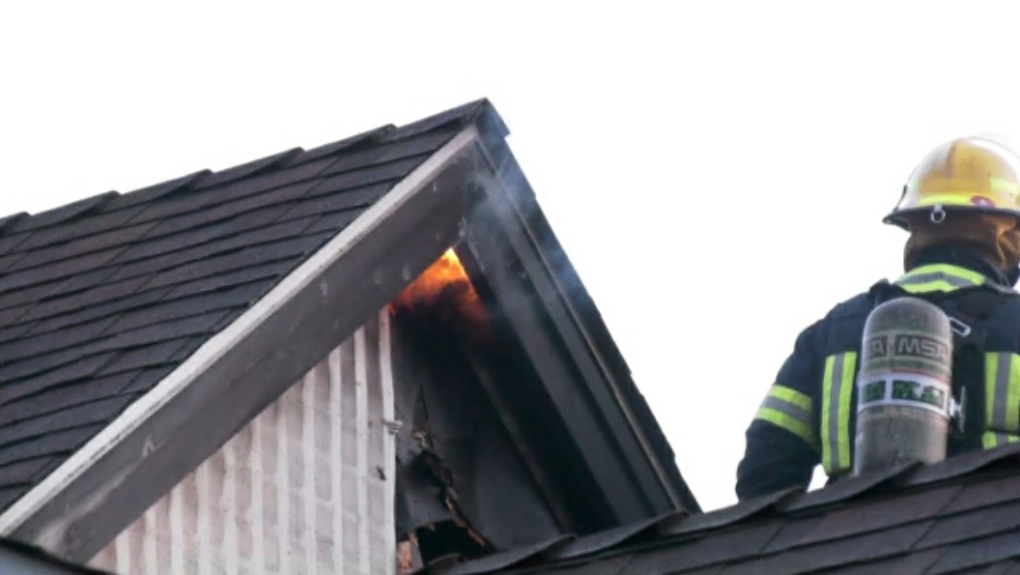 Fire investigators are working to determine what caused a fire at a townhouse complex in Langley Friday night. (CTV)

VANCOUVER -- Fire investigators are working to determine what caused a fire at a townhouse complex in Langley Friday night.

Flames could be seen shooting through the roof of a unit on Walnut Grove Drive near 88 Avenue, and neighbours told CTV News Vancouver they heard an explosion during the blaze.

Langley Township deputy fire chief Russ Jenkins said the explosion was likely from the fire spreading to a propane tank attached to a gas grill.

The call came in around 8:30 p.m. and kept firefighters busy for roughly three hours, Jenkins said, adding that the blaze appeared to have begun outside the home.

The townhouse where the fire originated suffered significant damage, and there was smoke, fire and water damage to three adjacent units in the complex as well, Jenkins said.

The deputy chief said no one was injured in the fire.