'Finding my miracle': The hidden struggles of living with an invisible disease 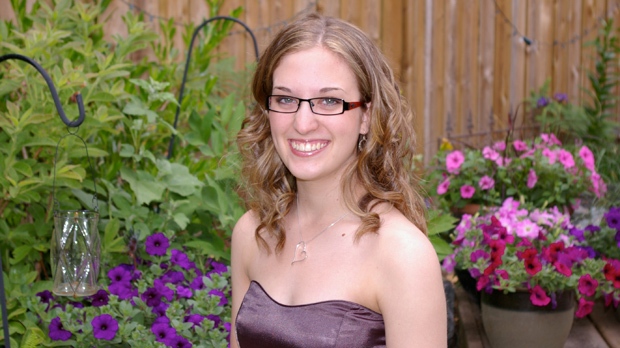 Catherine Richardson was just 18 when her life began to fall apart, but living with an incurable, invisible illness hasn't stopped her. This photo was taken a few months before she first became sick. (Handout). Nov. 20, 2016.

At 18, Catherine Richardson’s life was all planned out: she was getting amazing grades in her first semester of university, pursuing her dream of being an occupational therapist, and working part-time as a dance instructor. Everything was going according to plan – until she came down with the flu.

Months after she should have recovered, Richardson suffered several bouts of nausea, got full easily, constantly had an upset stomach, and was rapidly losing weight.

An official diagnosis of the chronic, genetic disease Ehlers-Danlos Syndrome (EDS) wouldn’t come until more than five years later, but the world Richardson had spent her entire life creating was beginning to fall apart.

Over the next seven years, this inherited disorder would force her to drop out of school, quit her job, give up her career dreams, and stop eating food entirely.

“I really did have my life all sorted and planned out - and everything was pulled out from under me,” recalls Richardson. “It was really hard, making that adjustment to knowing I was not going to live the life I thought was going to live.” 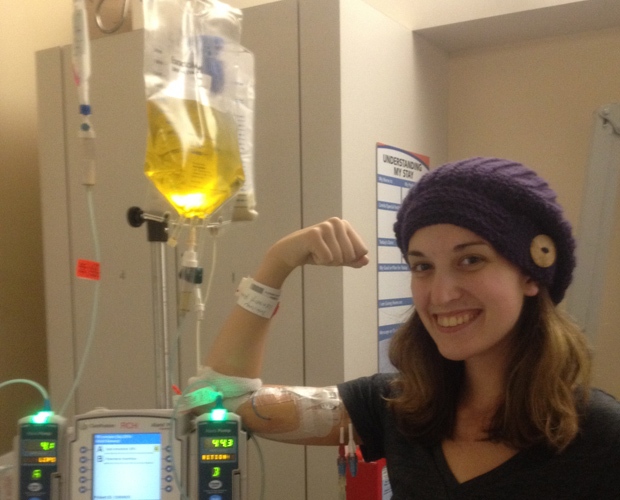 EDS is the name given to a group of inherited connective tissue disorders for which there is currently no cure, or even viable treatments.

It is also considered an invisible disease, meaning its debilitating symptoms are not obvious at first glance - a challenge that often leads to it being under-diagnosed and misunderstood by society.

Yet despite having more reasons than the average person to succumb to negativity, Richardson has created a new life for herself. Today she operates a popular blog on her experiences living with chronic illness, and is a feisty advocate for those with invisible diseases around the world.

“Life isn’t perfect, but it’s not supposed to be,” she said. “I am really happy with who I am, and I know that a lot that has been shaped by the experiences I’ve been through.”

Sitting in the living room of her family’s home, Richardson doesn’t look like someone with a life-altering chronic disease. She has all of her hair, she isn’t using crutches or a cane, and she is talkative, vibrant, and witty.

Yet she lives with hypermobility EDS, meaning her joints bend much further than average. There are also challenges with her autonomic nervous system, including difficulty regulating heart rate, temperature, and blood pressure.

The biggest issue, however, has been gastrointestinal – for the last several years she has been unable to eat enough to stay alive. Richardson relies on total parenteral nutrition (TPN) to survive, and has a surgically implanted central line that bypasses her sluggish digestive system and delivers nutrients directly to the blood. 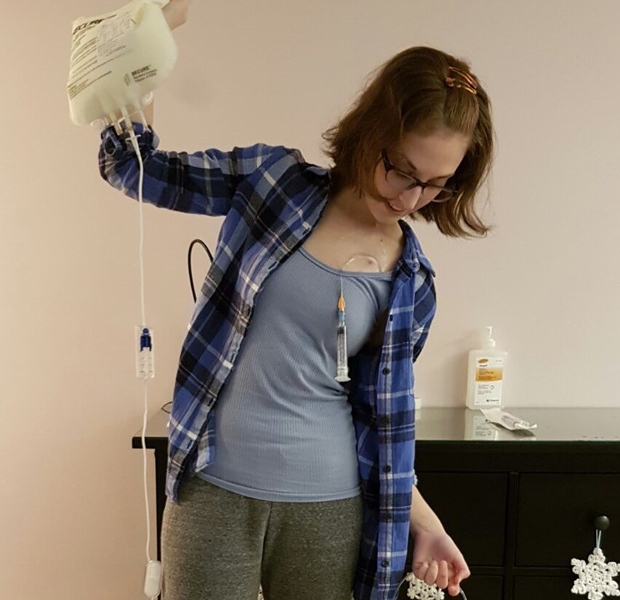 Her seemingly normal appearance is the Jekyll-Hyde, blessing-curse of living with an invisible disease.

Glares when parking in a handicapped space. Being told “but you look fine” while in extreme pain. Pep talks on not “giving up” or “to just trying harder.” Richardson has heard it all.

“Someone who was looking at me would never think that I need an IV for 18 hours a day to stay alive because my body doesn’t work,” she said.

“It’s so hard because peoples understanding of invisible illnesses is very, very limited. So if you don’t fit into the boxes of what illness should look like - no hair, wheelchair, cast –it’s really easy to be misunderstood and misinterpreted.”

Richardson is not alone in this conundrum. Ehlers-Danlos Syndrome is just one of hundreds of invisible illnesses, conditions such as depression, chronic pain, fibromyalgia and lupus, that dramatically alter the course of the patient’s life but are often met with judgment because they lack visible markers of illness society is accustomed to. 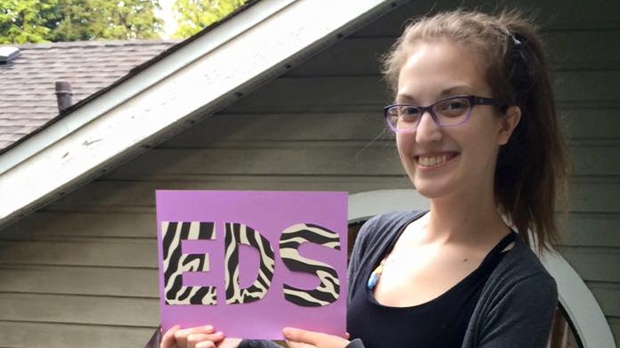 Richardson on the day she received her official diagnosis of EDS

Lara Bloom is the co-executive director of the Ehlers-Danlos Society, an international advocacy organization based in the U.S. She lives with the same type of EDS as Richardson, and agrees it can be a very frustrating to live with an invisible disease.

“On the whole you can’t see EDS – you can just see the manifestations of it,” explains Bloom, noting misdiagnosis is a huge challenge for people living with the disease. “Sometimes you see people in a wheelchair or being tube feed, but the condition itself you can’t see… We want to make the invisible visible.”

EDS effects collagen and connective tissue throughout the entire body, and can cause a wide range of multi-systemic problems. It is believed that as many as one in 1,000 people have the most common subtype of the disease, but is widely under-diagnosed.

The EDS Society recently met with medical professionals to reclassify the diagnostic criteria for the condition, and new management and care guidelines will be published in the American Journal of Genetics in March 2017.

“We’re trying to increase the reach that we have, and more than anything put the right information out there,” Bloom said. “We want people to realize how prevalent this is, and have hope for the right kind of treatment…There is change coming.”

“Acceptance is not an endpoint, it’s a continual process”

One of the biggest challenges for Richardson was letting go of the life she thought she was going to live, and embracing her new reality. For a while she persevered with her school and work, until she realized her body simply wasn’t up for it.

“Acceptance is not an endpoint, it’s a continual process. It’s like a wave that comes and goes,” Richardson said.

“I used to have this whole other life. I try not to think about it all that much because I don’t find it particularly helpful or productive to long for the life I loved and lost, but bits and pieces of this other life just pop up now and again.” 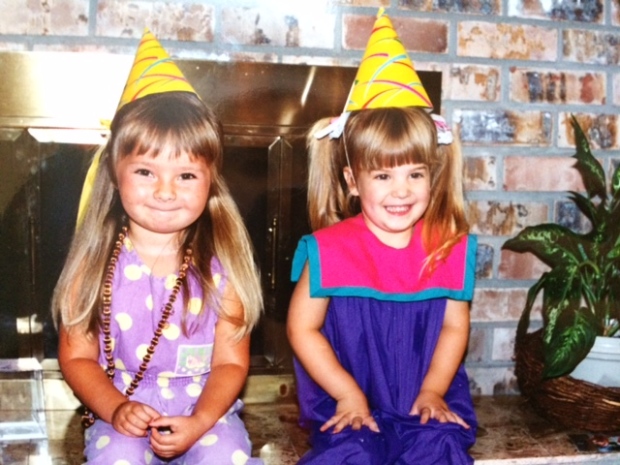 Richardson (right) and her best friend Holly Lindsay as children.

Richardson turned to writing as a way of processing her emotions, eventually creating the blog “Finding My Miracle.” What started out as a coping mechanism has evolved into a way of raising awareness about EDS, and help others living with invisible diseases.

“The Internet has completely changed the world of chronic and invisible illness, because you can connect with so many people and share resources,” she adds, noting some of her closest friends are people living with EDS in different parts of the world. “Writing kind of saved me, and I realized I have things to say.”

Holly Lindsay has been Richardson’s best friend for nearly 23 years, and says she is constantly amazed by her friend’s resilience and refusal to give up on life.

“If you spent a day with Catherine you'd soon realize that despite all the curve balls life has thrown at her, she continues to have an incredibly positive attitude towards everything,” said Lindsay.

“I often wonder if I were in her shoes if I'd be able to maintain the sense of positivity. Catherine will always be a huge inspiration to me.” 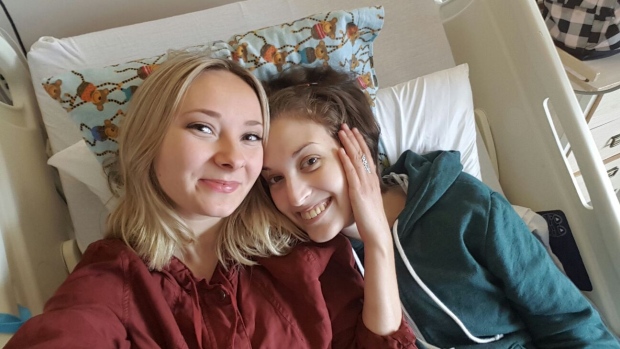 Richardson (right) gets a visit from best friend Lindsay during a recent hospital stay.

It’s hard not to feel uplifted after a conversation with Richardson. She laughs constantly, especially as she describes her love of crocheting, a hobby she picked up when she became ill.

“I wish that I could go be an occupational therapist but I can’t. But I can make really awesome hats and scarves, so I get a lot of joy from that – although I didn’t think I would be 25 years old and selling my ware at craft fairs,” she said, chuckling.

She does miss eating sometimes – especially grapes, her favourite food - but it’s a relief not to deal with the constant pain and discomfort it brought her.

“I’m never going to be healthy. I know that, so my biggest focus now is on quality of life,” she said.

“This is not what I wanted, but there are good things. I still live a good life, and I’m super lucky. I have really great family and friends and that support really helps.” 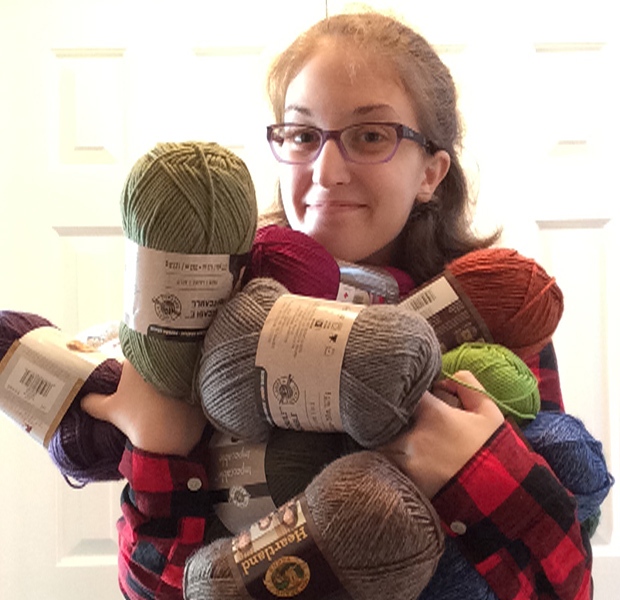 When asked what she would want people to know about living with a chronic, incurable, invisible disease, Richardson pauses.

“That includes people with chronic diseases and invisible illnesses, but also to everybody. It’s so hard because we’re humans and we’re so fragile, we’re not bullet proof. But I think I just wish we all gave each other the benefit of the doubt a bit more often.”

To learn more about Catherine, check out her blog Finding My Miracle here.

For more information on Ehlers-Danlos Syndrome, or to donate to research for the disease, click here. 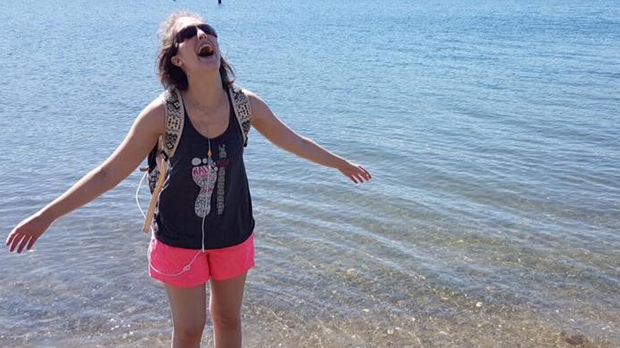