Final cats of dozen deserted in April find home ahead of holidays: BC SCPA

Final cats of dozen deserted in April find home ahead of holidays: BC SCPA 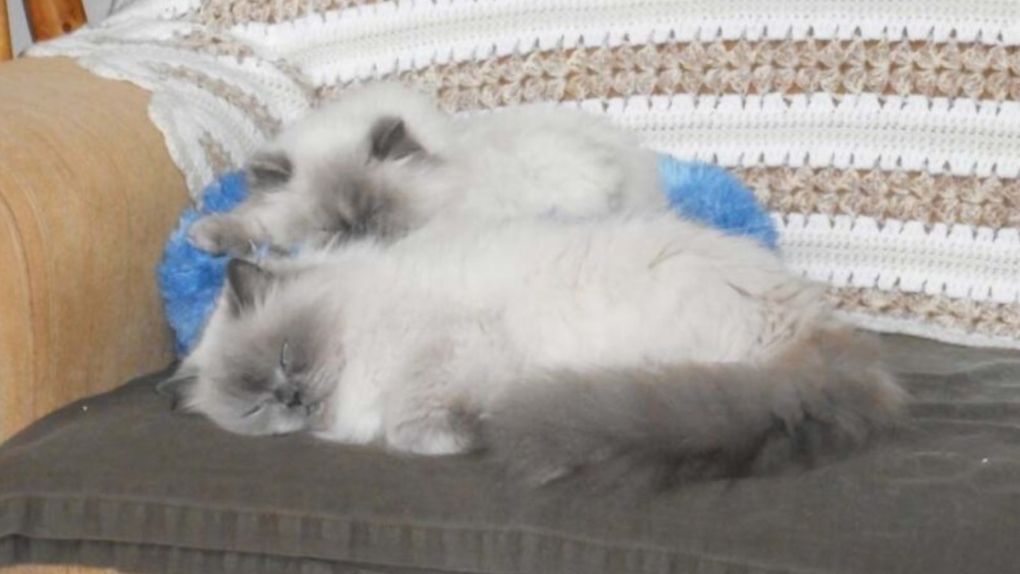 The BC SPCA's Sea to Sky animal centre says the last of a dozen deserted Himalayan cats found in April have been adopted.

Ahead of the 12 days of Christmas, 12 senior cats who were turned in at the BC SPCA in April have all found their forever homes.

When the Himilayan cats were brought into the Sea to Sky animal centre nearly eight months ago, staff say they immediately fell in love, though the animals were in extremely poor health.

According to an update on the BC SPCA’s website, the cats were all suffering from skin infections, as well as battling fleas, ear mites and dental issues. Some were emaciated.

“It was quite the scene when they came in,” the centre’s manager, Krista Larson, said in the SPCA release. “Many were bonded and would need to find forever homes that would be willing to adopt them together.”

Ursula, one of the Himilayan cats, ended up bonding with a feral three-year-old black cat that she met at the centre, who now goes by the name Ozzy.

A woman who fostered the pair for a month described the cats as “an old married couple,” and says she adopted them because they made perfect additions to her home with her other cat Dixie.

The last two Himilayans of the rescued bunch, Mutu and Tulip, have been rehomed to a man who sought out the senior cats after hearing their story on the news.

At eight years old, Tulip is the youngest of the dozen, which the BC SPCA says have now all been adopted.