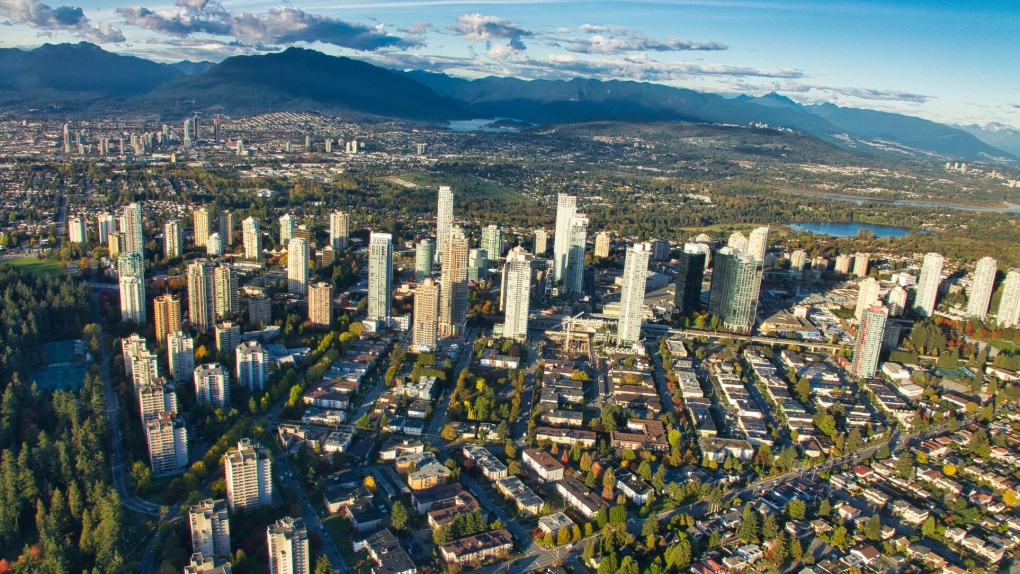 Metropolis at Metrotown is seen from the air in Burnaby, B.C., in spring 2019.

Mounties in Burnaby are asking witnesses to a fight and stabbing in a parking lot near Metrotown Thursday night to get in touch with them.

The incident happened around 10:20 p.m. on Silver Drive, according to a news release from Burnaby RCMP.

Police said they believe two men were leaving a restaurant in the area "when they got into a physical fight with a third man, who was not known to them."

During the fight, one of the parties involved pulled out a knife, police said.

"Two of the men allegedly involved in the fight fled the area in a vehicle that was boxed in by police near Kingsway and Sussex Avenue," RCMP said in their release.

One of the men in the vehicle, a 33-year-old, was taken to hospital for treatment of stab wounds that police said "are believed to be superficial." The second man in the vehicle, who is 40, was not hurt, according to police.

In an email to CTV News, Burnaby RCMP confirmed the two men in the vehicle were arrested and released with court dates.

The third man involved in the fight, a 27-year-old, was "found in the area by police" and taken to hospital for treatment, Mounties said, adding that his injuries do not appear to be serious.

The 27-year-old was not arrested, police said, adding that their investigation is ongoing and all three of the men are known to police.

Officers found a knife near the scene of the fight and seized it.

Burnaby RCMP's Investigative Support Team is investigating. It asks anyone who witnessed the incident and has not yet spoken to police to call 604-646-9999 and quote file number 22-25834.