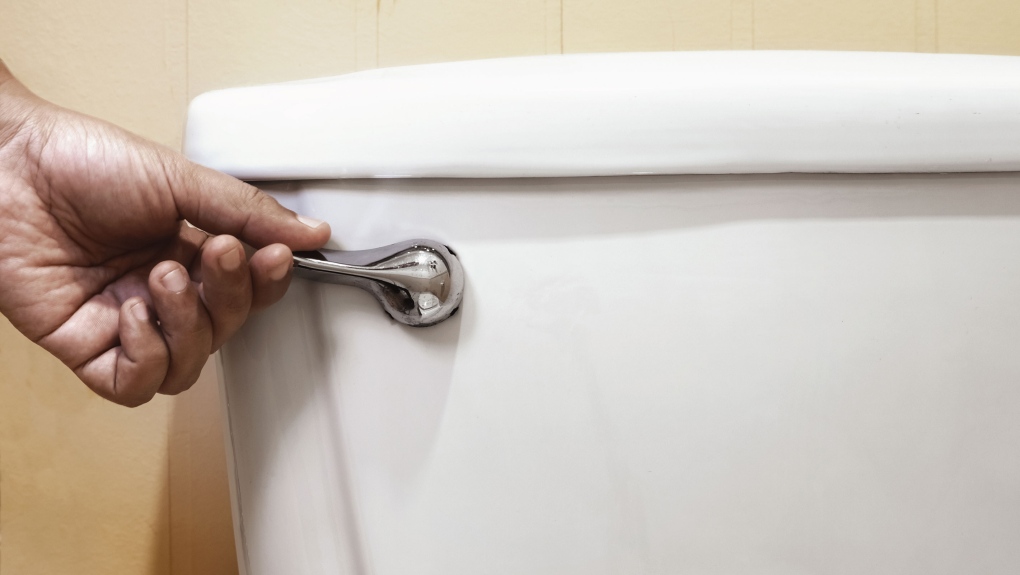 A toilet is seen in this undated file photo.
Vancouver -

Just-released results of a federal wastewater survey appear to back up other evidence that drug use increased during the COVID-19 pandemic, and suggest fentanyl use was significantly higher in Vancouver than in other major Canadian cities.

Data collected during the Canadian Wastewater Survey, results of which were posted by Statistics Canada Monday, showed the per-capita loads of fentanyl metabolite in Vancouver's samples were more than four times higher than in any other city examined.

Metabolites are substances made by the body to break down food, drugs or chemicals, therefore their presence suggests the source of the metabolites had ingested the associated substances.

According to StatCan, this was the case with samples from both March to July 2019 and from January to July 2020.

The CWS tested wastewater in five cities (Vancouver, Edmonton, Toronto, Montreal and Halifax) for the presence of 14 drugs. The results showed levels of cannabis, fentanyl and methamphetamine "significantly increased" early in the pandemic, StatCan said.

Compared to the others, the synthetic opioid fentanyl saw an even more notable increase in wastewater samples as COVID-19 took hold of the country.

"On average, wastewater loads of fentanyl in April 2020 were similar to those observed in the months preceding the pandemic, but were almost twice as high in May, and close to three times higher in June and July."

Perhaps unsurprisingly, Vancouver's samples showed the highest amount of fentanyl, followed by Edmonton and Toronto, then Montreal and Halifax.

Earlier this year, B.C. marked five years since the declaration of a public health crisis spurred by an increase in illicit drug overdoses.

The BC Coroners Service has not yet released data for the first seven months of the year, but an update in June suggested "extreme concentrations" of fentanyl have been found in increasingly more samples of the province's drug supply.

May was the 15th month in a row in B.C. with more than 100 deaths per month due to drug toxicity.

Looking at the period covered by the latest CWS, the coroner had warned 2020 could be B.C.'s deadliest year of the overdose crisis.

Throughout the spring and summer months, the chief coroner reported spiking overdose deaths, including in May when the province saw its highest monthly toll ever.

Many have spoken out about the impacts of the pandemic on both the drug supply and risks users are taking.

Border closures have impacted the traditional supply chain, meaning local dealers have at times had to create their own product. This can lead to inconsistent or unfamiliar doses than a user expects.

Additionally, with the threat of catching COVID-19, some opted to use alone and were hesitant to go to an emergency room. These are among the factors cited by health officials as having an impact on B.C.'s illicit drug death toll.

Data from other StatCan surveys, as well as results from death counts during the pandemic, also suggest an increase in use and in accidental overdoses.

"Results from the CWS are further contributing to this evidence," the federal agency wrote.

According to the CWS data, use of cannabis went up in the initial months, when compared with earlier in the year, but then reverted to pre-pandemic levels.

Halifax had the highest the amount of cannabis metabolite in its wastewater samples, followed by Edmonton and Vancouver. Montreal and Toronto had the lowest, according to StatCan, data backed up by its National Cannabis Survey.

When it comes to methamphetamine (meth), nearly twice as much of the drug entered Edmonton's sewers than Vancouver's. StatCan said this data is consistent with crime-based statistics, which show meth possession offences in 2018 were highest in Edmonton, followed by Vancouver, Montreal, Toronto and Halifax.

It's unclear what use this data may have in the short term, but StatCan said the ongoing collection of wastewater samples will "contribute to a better understanding of the progression and the shifting landscape of drug consumption across Canada during and beyond the pandemic."

The agency said the information could be used by public health organizations and law enforcement to help guide their policies in the future.

How realistic are campaign promises around electric vehicles?

The Liberals, NDP and Conservatives all have platforms that call for a shift to electric vehicles in the next 15 years, but it’s going to take a massive shift in consumer buying and ramped up investment in charging stations to make that possible, experts say.