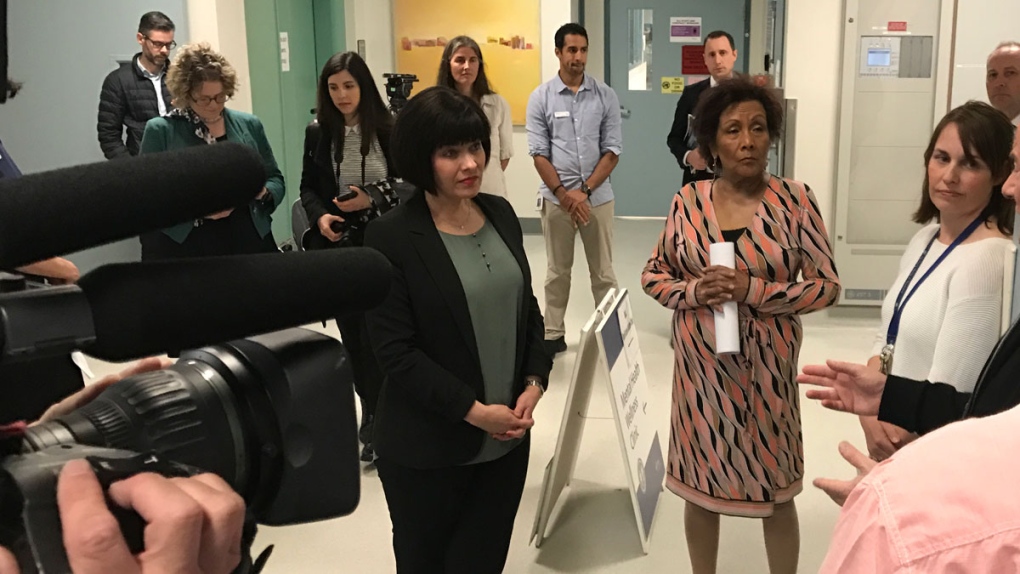 The federal government announced an investment Wednesday of more than $15 million earmarked for opioid research and harm reduction initiatives.

Health Minister Ginette Petitpas Taylor provided details on the funding during a tour of the Rapid Access Addiction Clinic at St. Paul's Hospital in Vancouver.

The budget will go toward research into treatment options tailored to B.C. communities and Indigenous people. It will also support projects focusing on education and sharing information for treatment of opioid use disorder, and help pay for initiatives meant to reduce the risk of HIV and hepatitis C.

In the last two years, there have been more than 327,000 visits to supervised consumption and overdose prevention sites across the country. Health Canada says not a single death has been reported inside the facilities, and nearly 3,600 overdoses were reversed.

Investment in treatment is not enough, Petitpas Taylor said. It's expected that about 40 more supervised consumption sites will be opened.

Ministry data suggests more than 10,300 Canadians died from what appeared to be opioid-related overdoses between January 2016 and last September. Every three hours, a Canadian will die of an overdose.

"This crisis continues to be one of the most serious public health issues in Canada’s recent history, and organizations on the ground can help us turn the tide of it," Petitpas Taylor said.

"That's why we are investing further in them. We know there is no silver bullet solution to this crisis, and the services and education these organizations offer are crucial. We must continue to work all together to save lives."

Last year's federal budget committed more than $230 million over five years to initiatives related to the opioid crisis. The most recent budget promised an additional $30.5 million over three years.

Wednesday's announcement came at the same time as the B.C. provincial health officer issued a report calling for decriminalization of drug possession for personal use. Bonnie Henry said "immediate" action is required, and that the step would help stem the number of deaths.