Fatal crash with pedestrian under investigation in Surrey 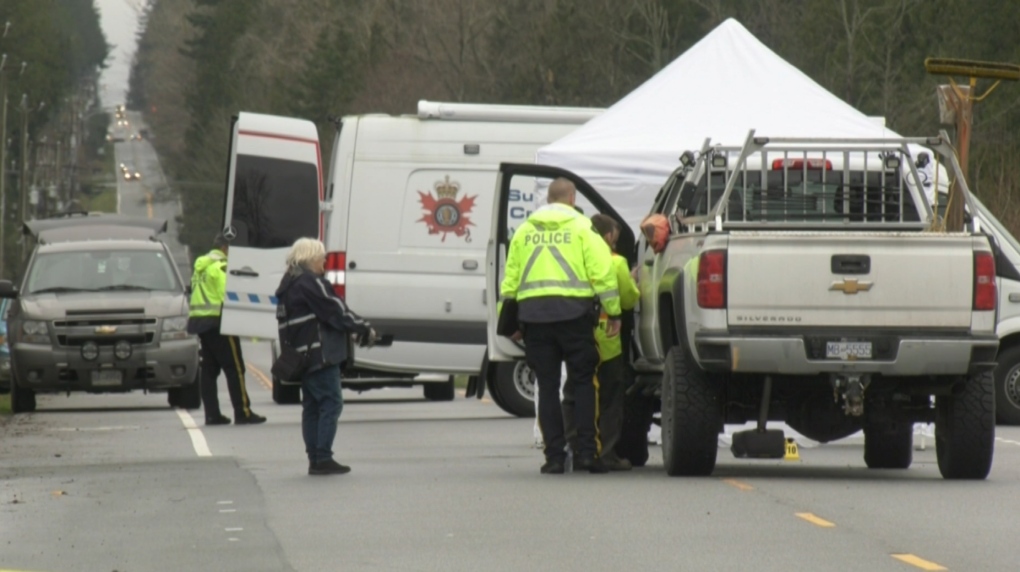 A 55-year-old man died on Wednesday, Jan. 22 after getting hit by a car while crossing the street in Surrey, B.C.

VANCOUVER -- A pedestrian has died after a collision in South Surrey Wednesday morning.

Mounties say the crash happened just after 7 a.m. on 188 Street near 24th Avenue. A 55-year-old man died and the driver of the vehicle stayed at the scene.

"Emergency Health Services were provided, however, despite all attempts to revive the man, he succumbed to his injuries," Surrey RCMP said in a news release.

The Surry RCMP's criminal collision investigation team has taken over the file and a collision reconstruction crew has been called to the scene.

The incident is still under investigation and police are asking the public to stay away from the area.

In Vancouver, local police said on Wednesday that a woman in her 70s has died after being struck by a delivery van while she was walking in a crosswalk. That incident happened on Sunday and her husband was also taken to hospital with serious injuries.

Anyone with information or dashcam footage about the Surey incident is asked to call local RCMP at 604-599-0502. Tips can also be sent anonymously through Crime Stoppers.