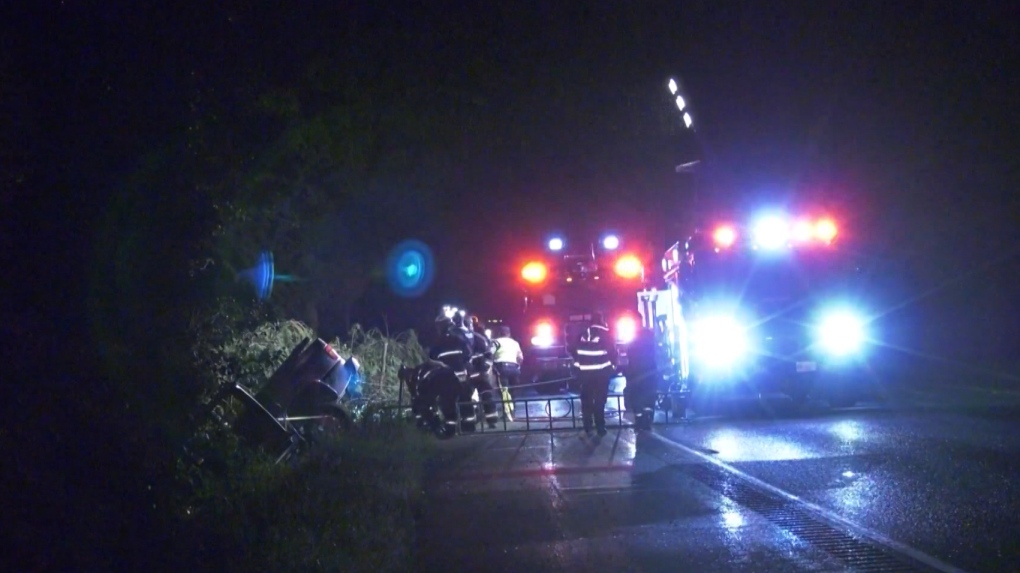 A vehicle crashed into a ditch on Highway 1 between Langley and Abbotsford on May 25, 2020.

VANCOUVER -- A fatal single-vehicle collision closed a stretch of Highway 1 between Langley and Abbotsford Monday morning.

Police say they received a call at about 2:30 a.m. indicating a pickup truck had veered off the road near the 264th Street exit. The truck went into a ditch, striking multiple trees before it stopped.

When emergency crews arrived, they extricated a woman who was trapped. She and another man were rushed to hospital in critical condition.

Another man died at the scene and BC Coroners Service is investigating.

"Investigators are now working to positively identify the deceased," Cpl. Jesse O’Donaghey, spokesperson for the BC RCMP, said in a news release.

"Once he has been identified, our priority will be to properly notify the man’s family."

As a result of the crash, westbound traffic on Highway 1 between Mount Lehman Road and 264th Street was closed to traffic with a detour in place for several hours.

By about 10 a.m., the incident had been cleared and the highway reopened.

Anyone who witnessed the crash and hasn't spoken to police is asked to contact RCMP's Fraser Valley Traffic Services at 250-702-4039.