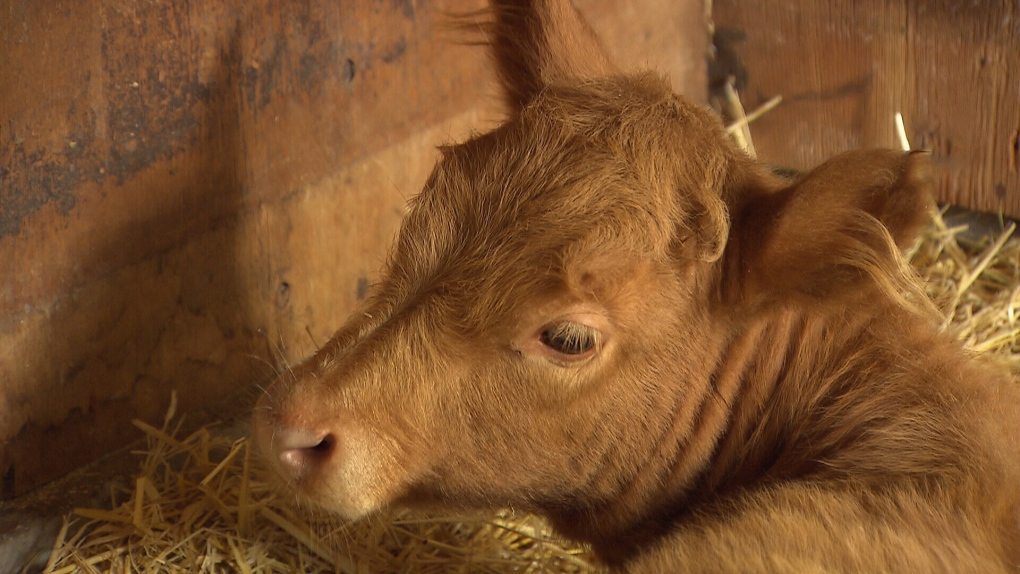 A calf named Clover is seen at the Kindred Community Animal Sanctuary in Surrey, B.C., in a 2008 file image.

VANCOUVER -- A farm sanctuary that uses rescue animals to assist traumatized children and adults is looking for a new permanent home.

The plot of land Kindred Community Farm Sanctuary leases in south Surrey is being developed and the farm has been given until September to vacate the property. Kindred, which used to be known as Semihamoo Animal League, takes in rescued animals and pairs them with children and adults recovering from trauma. According to its website, it’s now looking to buy a piece of land for a permanent home and is hoping to raise a million dollars.

“Kindred has been actively looking for a permanent home as this land is ripe for development but it was unexpected to happen during the pandemic,” a post on the website reads.

The sanctuary is looking for at least four hectares of land in Surrey or Langley and is trying to raise a million dollars to purchase the land for a permanent home before it has to relocate.

“With no home secured it is now time for urgent action of raising $1,000,000 to purchase land,” the website reads.

CTV News was at the farm in 2018 when a blind rescue cow named Gracie gave birth to a calf named Clover. She was rescued after falling down a well and was marked for slaughter before being brought to the farm. Gracie and the other 30 animals on the farm including horses, goats, rabbits, sheep and chickens provide therapy to at-risk youth and help kids and adults recovering from trauma.

Kindred is a registered charity and is run by volunteers.