Family of 6 rescued after boat gets stuck on rock jetty 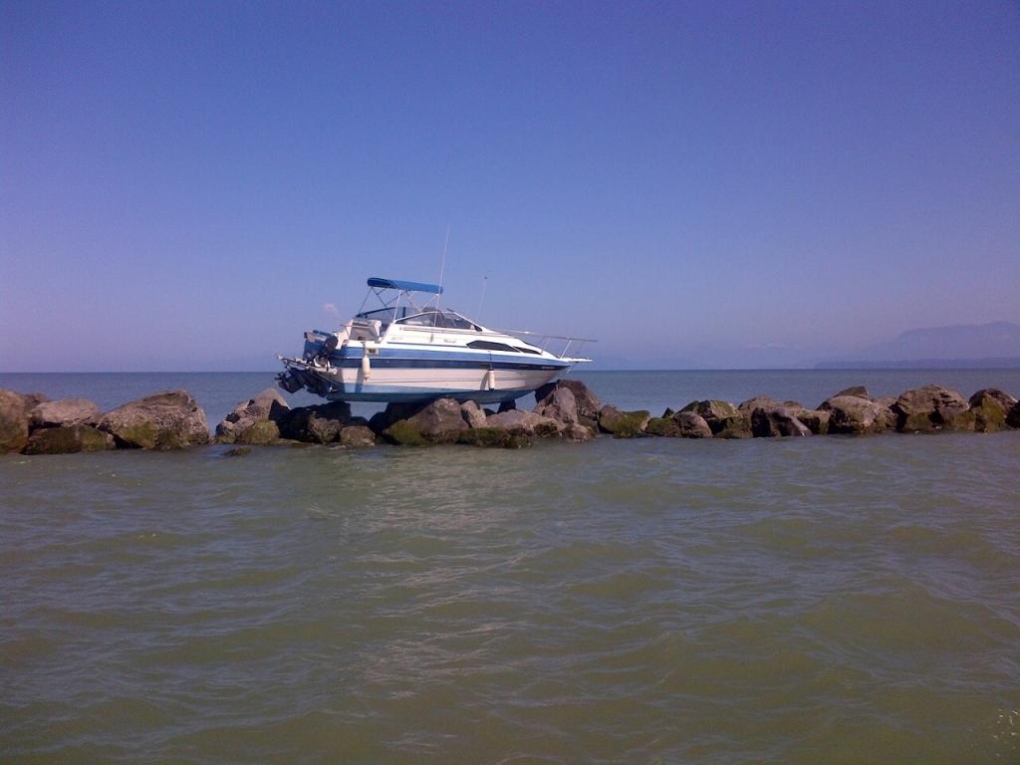 A family was briefly stranded after their boat ran aground on the Steveston rock jetty. July 31, 2013. (Photo courtesy Richmond RCMP)

Richmond RCMP say their marine unit rescued a family when the vessel the six people were in became stranded on a rock jetty as they returned from last weekend's fireworks festival.

Police say the Richmond RCMP's marine unit was heading home after helping with water patrols during the fireworks display when crew members saw a flashlight on an area jetty.

The eight-metre long vessel was hung up on the rocks in the dark and rescuers found four adults and two children on board.

Brian Hobbs, president of the Strait of Georgia Marine Rescue society, says in a letter to the RCMP that without help from the marine unit, it could have been a tragic situation.

Hobbs says he has seen boats capsize or crash in similar circumstances.