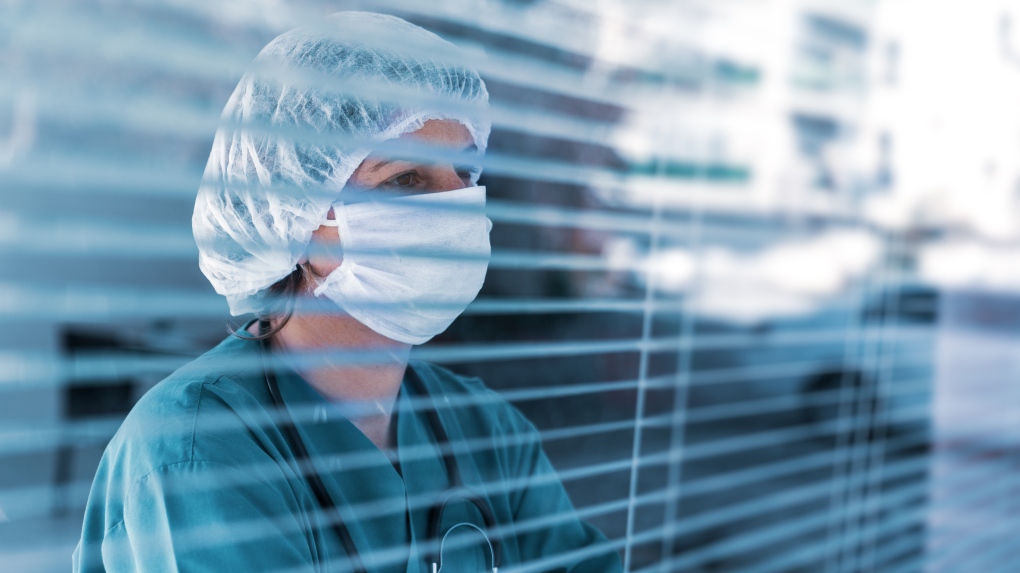 A health-care worker wearing hospital scrubs and a surgical mask looks through a window. (Shutterstock)

The B.C. Liberals are calling for urgent action to address the shortage of family doctors in this province.

Removing the red tape for internationally trained doctors and nurses is one of seven solutions the Opposition unveiled Thursday.

Other ideas in the proposal include expanding training spaces at the University of British Columbia, creating a second medical school at Simon Fraser University (an NDP "broken promise") and consulting with existing professionals and stakeholders in the medical field.

The party is building upon what it calls its 30-day action plan, which was submitted last month.

It's also blasting the current NDP government for what it calls "four weeks of silence and inaction."

"They did bring forward a $25,000 incentive, but they did so without talking to any of the doctors, and nobody – not one doctor – has taken up that program that (Health Minister) Adrian Dix offered," Liberal Leader Kevin Falcon said.

That incentive was a $295,000 fixed salary, $24,000 signing bonus and up to $150,000 in student debt forgiveness for recent or soon-to-be graduates of medical school who agree to work in the province for a minimum of five years.

The offer didn't sit well with some, who noted much of doctors' salaries go to overhead costs, so it's not as good as it may sound. Doctors bothered by the offer said many were left out of the consultation process, and that it did little to deal with the issues those currently working in the medical field are struggling with.

Falcon says his party's plan is informed by talks with front-line physicians. The new policy would expand doctor training services in British Columbia and allow for more internationally trained physicians to work in the province.

One in five B.C. residents does not have a family doctor, Liberal Health Critic Shirley Bond said.

The proposed policy comes as the NDP chooses a new leader, who will by default become the next premier of British Columbia.

Current leader John Horgan announced last month that he plans to step down as soon as a replacement is chosen.

Horgan previously described the health-care system as "teetering," though Dix said talks are underway with stakeholders to find solutions, and said the deal offered to new grads is one step – not a solution to all issues.

This story has been updated to correct the number of B.C. residents with a family doctor. One in five do not have one, according to the BC Liberals.