Family desperate for help finding daughter who disappeared 3 years ago

VANCOUVER -- It’s been three years since an Abbotsford family saw their daughter, and the heartache does not diminish.

“It gets harder every year. It doesn’t get easy,” says Lee Anne Ward, whose daughter Kristina vanished in September 2017.

Kristina, 20 at the time, told her mom she was going to meet friends and heading to Langley. Her mom still has the last text message Kristina sent.

“Her last text to me was that she finally got some friends and she’s happy,” says Lee Anne.

Why or how Kristina ended up in Surrey isn’t clear but police are still trying to track down clues from surveillance video captured near 104 Avenue and 144 Street on Sept. 27, 2017. It’s the last time Kristina was seen.

The video shows Kristina walking behind a man with a bike. 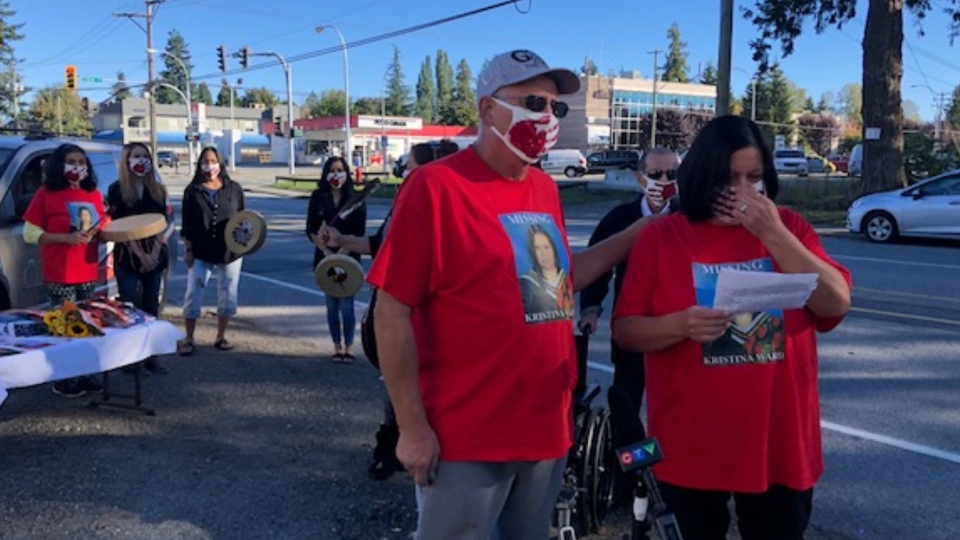 Langley RCMP’s serious crime section has not been able to track down that man, though Mounties say their investigation is still active.

Both police, and Kristina’s family, are hopeful someone will be able to give police the tip they need to find Kristina.

“It’s kind of hard to accept that someone can just be here one minute and then just vanish without a trace. Nothing,” says Kristina’s dad, Art Ward.

Tuesday, Kristina’s family gathered near the location she was last seen along with members of the Lower Fraser Valley Aboriginal Society, who came to say prayers and show support for her family.

Lee Ann says her daughter’s name has now been added to the database list of mMssing and Murdered Indigenous women and girls in Canada. The family is trying to raise awareness about other missing women, but also hopes someone will come forward with information about Kristina.

“Even the smallest thing that you’ve seen or witnessed, just bring it forward and we’ll take it from there,” her father says.

Geraldine Silva is Kristina’s grandmother. She says she deeply misses her granddaughter’s company.

“You never give up hope, you have to have faith,” says Geraldine.