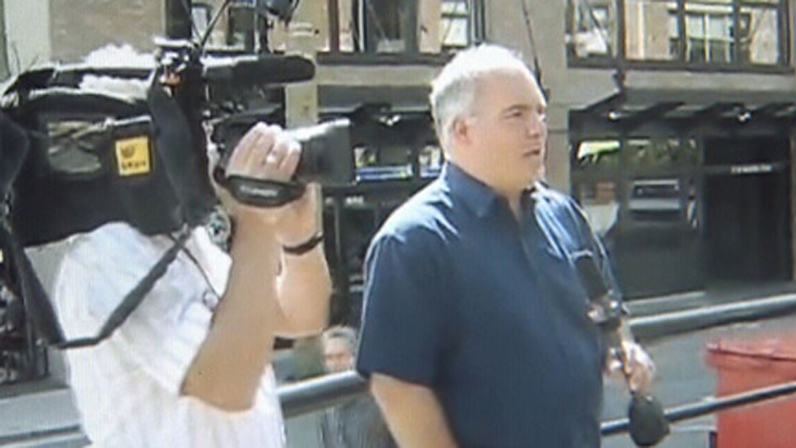 Former Global BC reporter Ron Bencze is expected to be sentenced in Surrey Provincial Court on August 28, 2012. (CTV)

The former Global BC reporter who pleaded guilty to sexually assaulting a minor has been sentenced to four years in jail on Tuesday in Surrey provincial court.

The Crown recommended Bencze spend two to three years behind bars, but the judge ruled that was too lenient and sentenced him to four years in jail. The defence asked for a conditional sentence of 18 to 24 months with a possible probationary period up to three years.

Gasps of “yes” and crying were heard in the courtroom as the judge handed down Bencze’s sentence.

Bencze will also have to submit a DNA sample and will be prohibited from parks, schools and other areas frequented by children for the next 20 years.

The judge said Bencze’s crime was a “major sexual offence” for which he must pay a “heavy price.”

Disturbing details were released during the sentencing including a psychiatric report that included statements made by Bencze in April and June. Bencze described himself as the submissive party in the “relationship” and the victim as the dominant.

The report said Bencze told the doctor “I wanted to please him,” when questioned about his motivation and that he “became more of a child” with the victim.

The judge pointed out Bencze acknowledged the relationship was a source of exhilaration for him and he enjoyed the danger, secrecy and “adventure.”

“The gratification he derived… predominated over every other consideration,” the judge said, adding that “he was quite simply a normal adult with a normal background who should have known better.”

The case first came to the attention of Surrey RCMP in January 2011 after the victim’s mother discovered sexually explicit texts from Bencze, a father of three, on her 14-year-old son’s phone.

The Crown said the victim had asked the former TV and radio journalist several times to stop the abuse.

Bencze previously pleaded not guilty to all of the charges against him, but his lawyer indicated at a previous court appearance the plea would change.

Global BC fired Bencze from his post in April 2011, a few months after the allegations arose. The reporter started his nearly 20-year career in journalism in his hometown of Kamloops, where he produced and hosted a children’s show.

He was also an assistant coach for five years with a community soccer club.