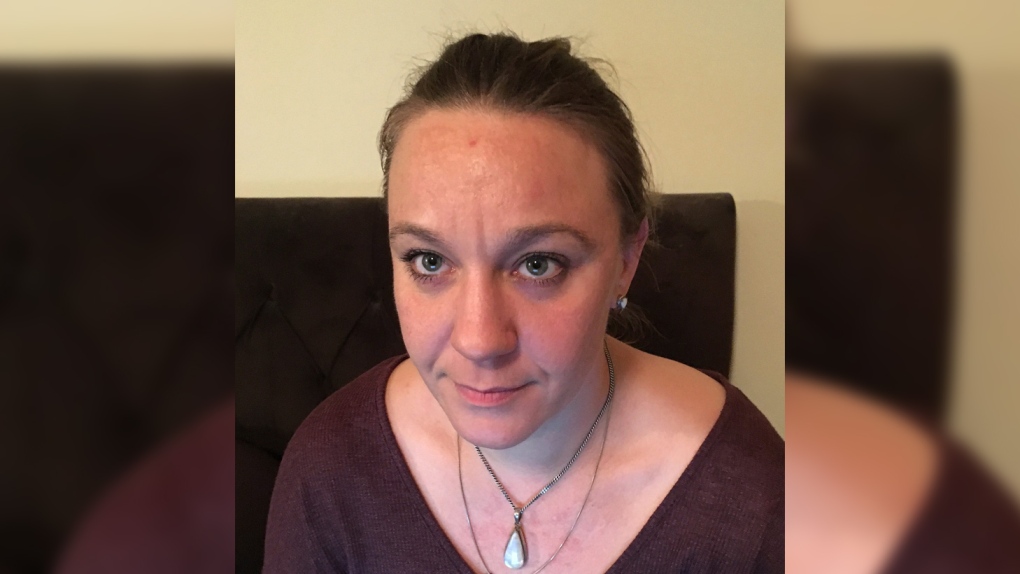 Desiree Capuano, shown in this undated handout image, says a website created by her ex-husband Patrick Fox has left her living in constant fear. (THE CANADIAN PRESS/HO-Desiree Capuano)

VANCOUVER - A woman who says a series of harassing emails from her ex-husband left her constantly looking over her shoulder, wept as she relayed the torment to a B.C. Supreme Court jury on Tuesday.

Patrick Fox is charged with criminal harassment over alleged online communications and publications regarding his ex-wife Desiree Capuano.

Crown counsel Mark Myhre told the court emails sent by Fox to Capuano asserted the man would do anything to make her life miserable.

“The singular role for the rest of my life is to destroy your life,” Myhre read from one email.

The emails sent to Capuano were signed by Patrick or Richard.

After providing her testimony from behind a screen in order to block the accused from her view, the screen was removed and Capuano was asked if she recognized the man who sent the emails.

She grimaced before turning her head to identify Fox, seated in the prisoners box wearing a red inmate suit.

Many emails Fox is alleged to have sent between 2014 and 2016 criticize Capuano's parenting and call her an “idiot” and “moron.” The court heard those emails were also copied to their son, whose name is protected under a publication ban.

In one series of emails read out by the Crown, Fox wrote that he told their son he would shoot Capuano if shooting someone was not morally wrong and illegal.

He allegedly wrote that wanting to hurt someone wasn't illegal and he wouldn't actually hurt Capuano unless it was in self-defence.

“To me what that meant was ... if the risk for going to jail was not there, he would shoot me, and he discussed it with our child,” Capuano testified.

Fox also faces a charge of possession of firearms in a place where he was not authorized to do so.

Capuano told the jury that her son would visit Fox in Vancouver, then return to her home to Arizona acting like a different person, appearing withdrawn and scared.

“He would not associate with the family, he would not accept hugs like he normally would,” Capuano said of her son.

The court heard Fox created a website revealing Capuano's personal information, including her home address, place of work, and family photos, along with copies of their email correspondence.

The website referred to Capuano as a white supremacist, child abuser and drug addict.

Capuano said she was fearful of having her personal information and the identities of her son with Fox and her other son accessible to anyone.

“We talked about moving, we talked about hiding identities, about what we could do to disappear so I could protect my family,” she testified.

Myhre asked Capuano about her attempts to have the website taken down, including filing an order of protection against Fox in Arizona, contacting the website host and the RCMP.

“I couldn't get anyone to do anything about the website or the harassment and I was still at a point anybody any time Googled my name the website would come up, and it appeared that I wrote the website,” Capuano said.

The jury heard that Capuano turned to the media for help and did a televised interview with the CBC in 2016.

After the interview, the website changed to reflect that it wasn't written by her, she said.

But the website remained active and Capuano said she believed she lost a job offer because of it.

She said she increasingly feared for her safety, believing Fox could illegally enter the U.S.

“I know how much he despises me and all of the times he told me the world would be better without me in it,” she said.

Capuano said she considered relinquishing custody of their son, but didn't believe it would help end the harassment.

“I could give him everything he wanted and it wouldn't matter, he wouldn't stop,” she said.

The jury has yet to hear from the defence.