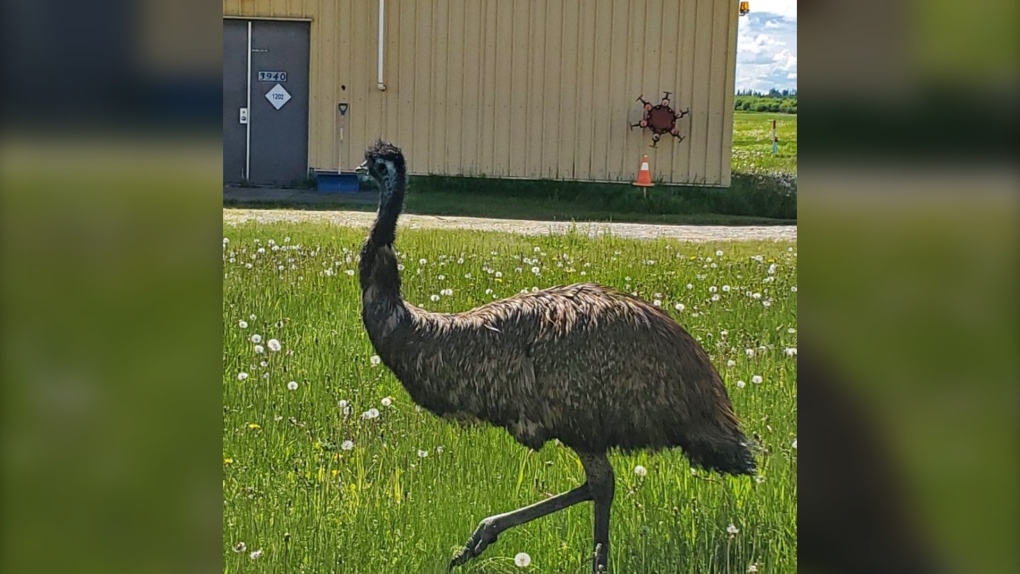 Staff at the airport in Prince George, B.C., say seeing animals like bears and moose on the grounds is fairly normal.

That was the reality this past Monday, when the large, brown bird made its way down an access road and onto airport property.

“That’s a really unusual sighting,” says Chrisie Berry, the community relations manager for the Prince George Airport, in an interview with CTV News Vancouver. “Emus are not exactly native to this area.”

Berry says she first saw social media posts about the emu wandering through the city and started following the story.

Then she was sent a video of the flightless bird running towards the airport and alerted the airport’s operations group.

“They were already aware the bird was there, so they were just kind of hanging out with it, keeping their distance and not stressing it out, just monitoring it, making sure it’s not going to go somewhere it shouldn’t be,” she says.

Berry says she then jumped in her car and drove to the airport to help with the emu she estimates is at least 5’ tall.

“But most of that is long neck and long legs,” she says.

The bird did not wander towards the airfield and generally left staff alone says Berry, adding it never became a threat to aviation operations. She says the emu was there for about three hours.

“We wanted it removed from airport property. That’s the best case scenario just so we don’t end up with an issue,” she says.

Berry says normally conservation officers or animal control would help with animals, but neither group had experience with the flightless bird. So, they worked with a local veterinary clinic that deals with exotic and large animals to find someone who could help corral the emu.

They pointed Berry in the direction of Brent Meise, the operator of the nearby Blackspruce Farm Tour.

“He has emu, but this wasn’t his emu,” she says. “But, he was nice enough to hook up a horse trailer and come get it for us.”

She says Meise was the hero of the day.

As for the bird’s current whereabouts, CTV News Vancouver has reached out to Blackspruce Farm Tour for more information.

“You never know what you’ll see at the airport and every day is different,” says Berry.