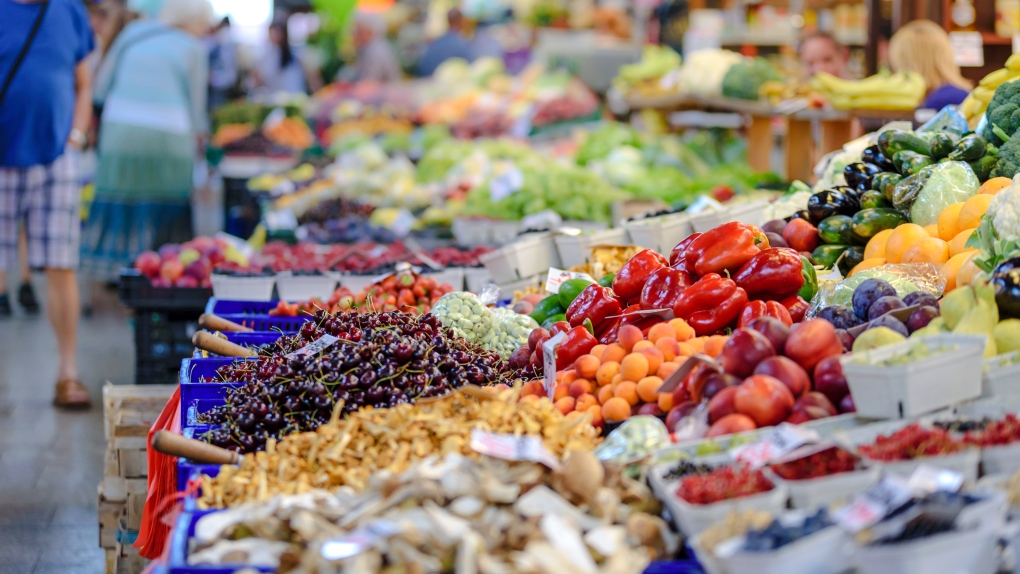 A file photo shows the produce section of a grocery store.

VANCOUVER -- Employees who work at a Safeway in Vancouver and a FreshCo grocery store in Richmond have tested positive for COVID-19, according to the stores’ parent company.

Sobeys has released a list of locations where employees have tested positive at the stores and pharmacies the Canadian supermarket giant owns.

The list includes an employee at the FreschCo on 10153 No. 3 Road in Richmond and an employee who works in the pharmacy of the Safeway in King Edward Mall (990 King Edward Ave.) in Vancouver.

The list, which Sobeys says will continue to be updated as it learns of new cases, currently shows 19 locations across Canada where employees have tested positive for the highly-contagious virus.

Like many stores, Sobeys says it has installed plexiglass shields at tills, increased cleaning, reduced store hours and is asking customers to maintain the two-metre distance from each other public health officials say will slow the transmission of COVID-19.

B.C.'s health ministry to give update on new coronavirus cases