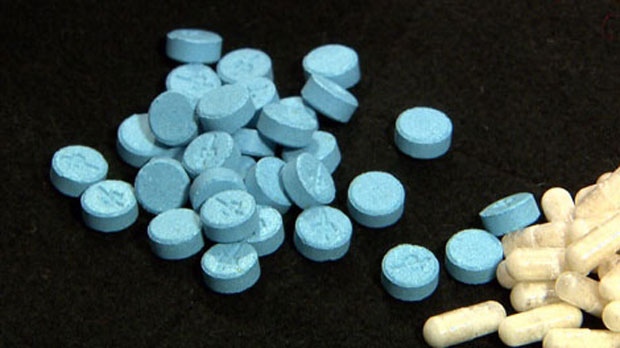 MDMA, also known as ecstasy, is being linked to positive treatment of PTSD, according to the study co-authored by two UBC Okanagan researchers.

The study, published in Psychopharmacology, showed improvements for people who had not responded to previous treatments.

MDMA is a psychoactive drug currently illegal in Canada.

The research was fuelled by a desire to help patients with a condition that currently lacks sufficient treatment options, the study's authors write.

PTSD, researchers note, affects near four per cent of people worldwide. Those with it can experience and much lower quality of life and relationships.

Walsh added that more than half the participants no longer met PTSD criteria after two sessions, and depression symptoms improved.

The study, he said, shows there's a greater need for more research on the potential promise ecstasy holds for those living with PTSD.

"There are a lot of people who haven't been helped (by medications)," he said. "I think the next step will be to further validate the use of MDMA to treat PTSD."

Researchers tested 103 patients in five sites across Canada, the U.S., Switzerland and Israel.

Those chosen had chronic PTSD symptoms lasting longer than six months, included men and women and focused on those 18 years and older.

Participants were given does ranging between 75 and 125 milligrams of MDA, or control doses of a placebo or low-dose MDMA.

The sessions were combined with psychotherapy with both male and female therapists.

The research led to the U.S. Food and Drug Administration granting a special protocol to allow ecstasy to be used in further research.

"It's the tip of the iceberg in psychedelic therapies," said Walsh, adding that it will help research currently looking in to using ketamine to treat depression.

A second trial is set to start shortly.