LANGLEY, B.C. -- Langley City Fire and Rescue Services says an elderly man has been taken to hospital after an early morning fire in a mixed-use building.

The flames broke out shortly after 2 Friday morning on 57A Avenue near 198 Street.

The building is located in an industrial area of Langley.

It has businesses on the bottom and several residential suites on the top.

One resident told CTV News he was sleeping at the time and was only woken up by the sound of sirens and that smoke alarms did not go off.

By the time he got up, he could smell the smoke and see larges plumes billowing out of the building.

He said he only had a matter of seconds to get out.

Six residents were evacuated and one elderly man was taken to hospital for an underlying health condition. 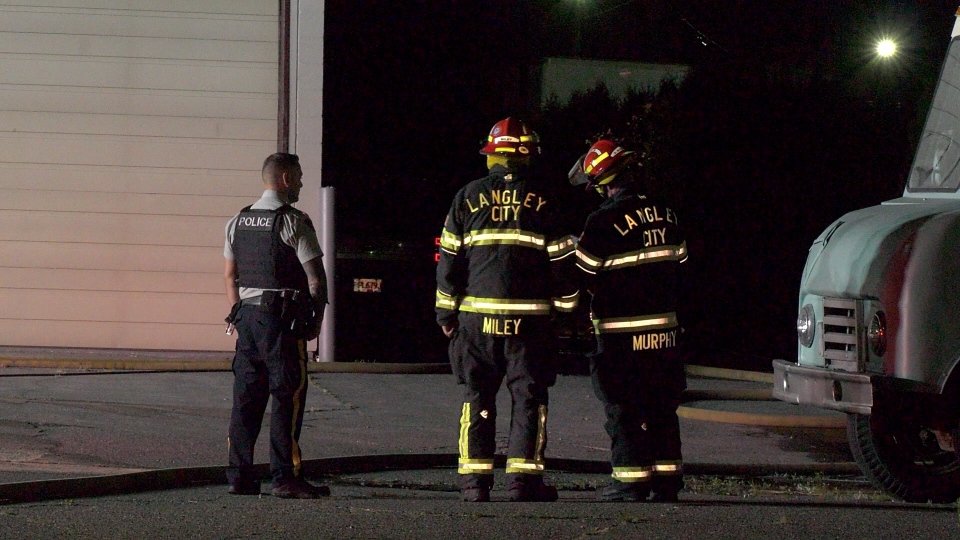 Fire officials believe the fire started in the garage of Slapshot Signs.

"It was a challenging fire because it's in an industrial building with residential above and it's well fortified," said Deputy Chief Scott Kennedy, of Langley City Fire and Rescue Services.

He says his crew worked quickly to stop the fire from spreading.

"It was a little bit tough making entry, but they managed to get pretty good entry and knock down on the building fairly early."

Firefighters could be seen using a power saw to pry a garage door open and find the source of the fire.

"The damage is fairly extensive in the area of origin and then heavy smoke damage throughout the rest of the building." 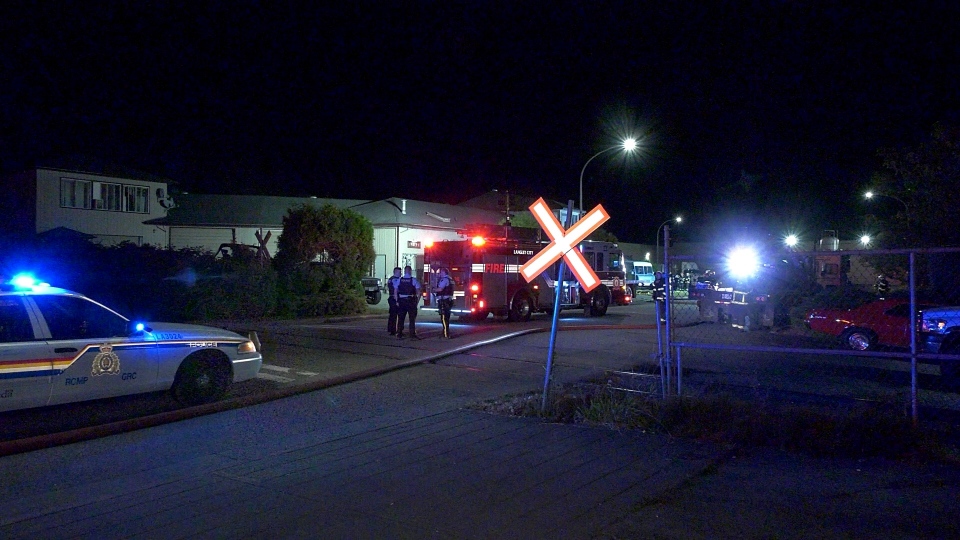 Kennedy says the residents will be unable to return for several days.

"Most of the resident’s area on the upper floors appears to be intact, but will have some smoke damage."

He says those forced out of their homes have been given temporary accommodations. 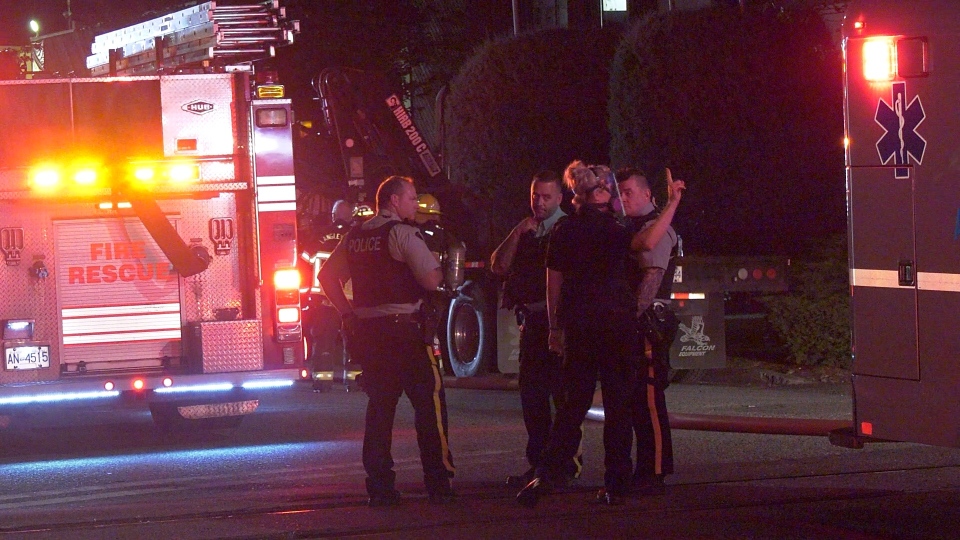