E-scooters still illegal on B.C. roads, but province wants cities to experiment with changing that 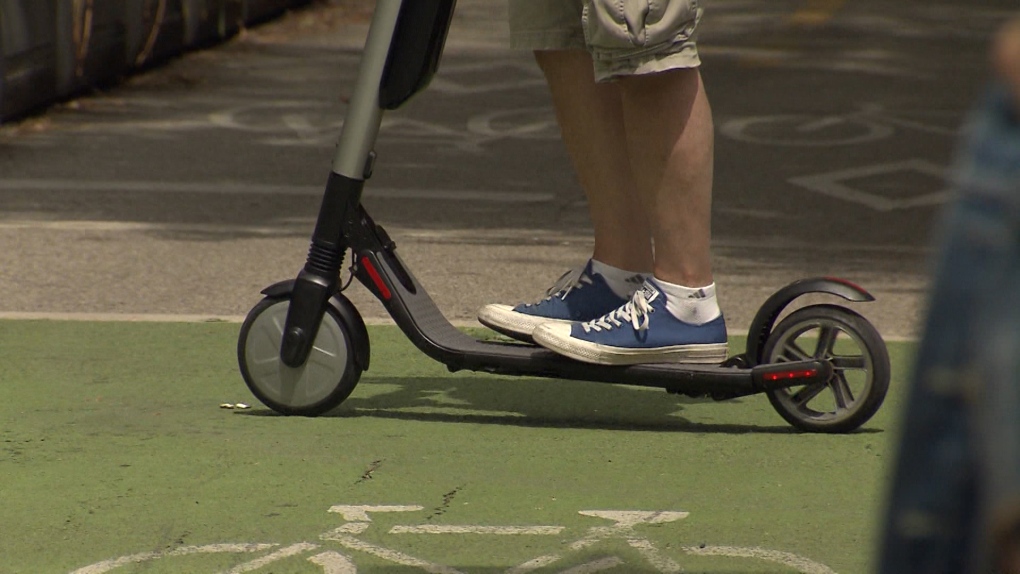 VANCOUVER -- E-scooters and electric skateboards are still technically illegal on British Columbia roadways, but the provincial government is requesting proposals from B.C. municipalities interested in changing that.

Last week, the provincial Ministry of Transportation and Infrastructure announced the guidelines for cities and towns across the province interested in hosting a pilot project for "micromobility devices." Such municipalities have until Jan. 31 to submit an "expression of intent" to propose a pilot project. The proposals themselves are due on March 6, and the province expects approved projects to be implemented as early as this summer.

The province defines a "micromobility device" as "a zero-emission motorized personal mobility device such as an e-scooter, typically designed to transport one person." Pilot projects could also focus on devices that aren't e-scooters, but are equipped with zero-emission motors, have similar maximum speeds, require similar safety equipment, and can be operated along the same portion of the roadway as an e-scooter.

Last year, CTV News Vancouver spoke to e-scooter enthusiasts, who described the small vehicles as the future of commuting in urban areas.

Under current law, however, they're not allowed anywhere that the Motor Vehicle Act applies, which is basically everywhere, except private property.

In theory, that means people who ride e-scooters are breaking the law, and can be ticketed for operating a vehicle without insurance.

In practice, few people in B.C. are ticketed for operating e-scooters or similar vehicles, though it's not unprecedented.

The pilot projects will create jurisdictions where legal frameworks exist for users of these vehicles, but such regulations will only be in place for a maximum of three years, per the provincial government's rules. What happens after that will likely depend on the results of the projects themselves.