Drug dealer has been using since Grade 3, says B.C. judge who went against precedent in sentencing 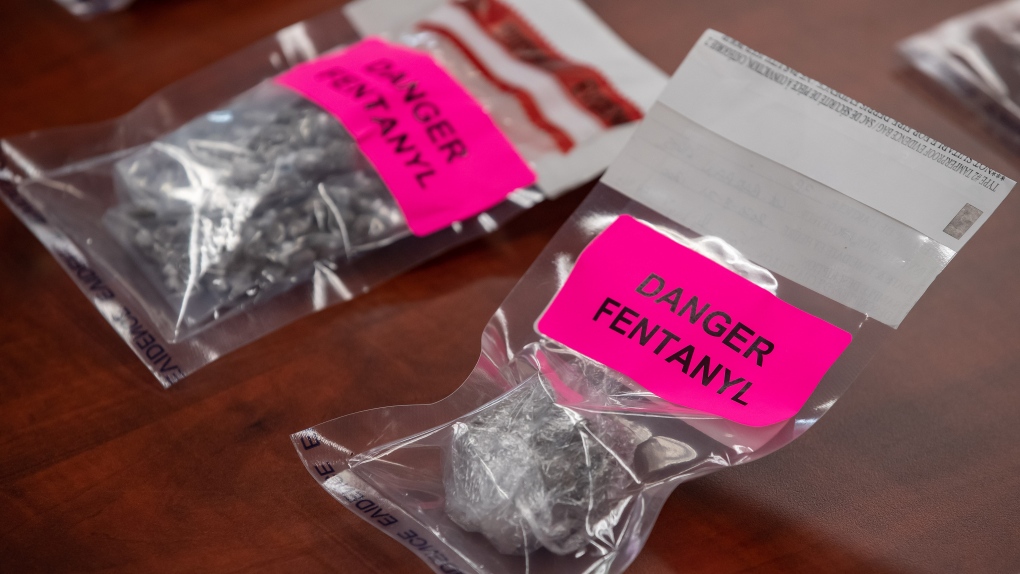 A British Columbia judge went against precedent when determining a sentence for a woman who pleaded guilty to trafficking potent opioids in the province.

The Crown had asked for three years behind bars.

Instead, Tanya Ellis's sentence was suspended, and she was given a year of probation with some conditions.

This is despite pleading guilty in 2019 to trafficking fentanyl and cocaine/fentanyl. The powerful opioid can be deadly when taken on its own or in combination with other drugs.

Though fentanyl is sometimes used as a prescribed painkiller, its entry into the street-drug market was a contributing factor in calling a public health emergency over fatal drug overdoses in B.C. – an emergency that remains in place more than five years later. According to data from B.C.'s chief coroner, fentanyl has been a factor in 84 per cent of fatal illicit drug overdoses so far this year.

So some, especially those who've lost a loved one to the opioid crisis, may be questioning the severity of Ellis's sentence, given that she admitted to dealing the deadly drug.

According to an agreed statement of facts, Ellis sold drugs to an undercover police officer on multiple dates in 2019. Upon her arrest, police said they seized hundreds of dollars in cash, as well as crack cocaine, an iPhone, a digital scale with residue on it from several drugs including fentanyl, and five unused sandwich baggies.

In a lengthy document posted online outlining reasons for the sentence, Vancouver Island-based Judge Barbara Flewelling explained why she opted to go against precedent.

Among the most impactful pieces of testimony presented during Ellis's hearing was the 43-year-old's background.

'A LIFE THAT IS DISMAL'

Ellis told the court she grew up seeing her father assault and verbally abuse her mother. She acted out in school and started experimenting with drugs in Grade 3.

At that young age, she said, she was spending time with kids who were skipping school, drinking alcohol and using drugs.

And just five years later, she smoked crack cocaine for the first time, according to Ellis. She'd been given the drug by an older man who had a relationship with one of Ellis's friends.

She slowed her heroin use in her 30s, but was still taking cocaine. She also started taking methadone.

Her partner died of a suspected overdose in the summer of 2019, just two days after he and she attended a five-week treatment program. It appeared from her testimony that this death still has a significant emotional impact.

The court heard that Ellis has been to treatment programs seven times in her life, and has been able to be sober for short periods of time.

"Ms. Ellis' evidence illustrates a life that is dismal," the judge wrote in her summary.

Flewelling quoted Ellis as saying she's been told by her own mother that she's "no good … and after a while I think maybe I'm not."

She's been selling drugs for the supplier she gets her own supply from to support her habit, according to her evidence. She told the court she also shoplifted and sold those items to buy drugs.

"Ms. Ellis was a candid and forthright witness who did not embellish or evade difficult questions. She appeared very sad and defeated," Flewelling said.

EXPERT ON WHETHER JAIL IS A DETERRANT: 'GOSH, NO'

An expert was permitted to speak during the hearing. Dr. Ryan McNeil, the director of harm-reduction research for an addictions medicine program at the U.S. Ivy League school Yale University, told the court about the effects of criminalization on overdose risk.

While the doctor had not met Ellis herself, he has studied people with similar experiences over a decade, he said.

He said many people who develop substance use disorders have a past involving trauma, and Indigenous people, like Ellis, are disproportionately affected in part due to racial trauma and the legacy of residential schools.

McNeil told the court that jail is an ineffective way to address the factors that drive opioid-addicted drug dealers.

When asked whether jail sentences deter the selling of drugs, he answered, "Gosh, no."

McNeil said it doesn't address the factors that push people into dealing, including severe substance disorders and socioeconomic marginalization.

He said there's a high rate of drug use among people behind bars, and that the period immediately after users are released is marked by "some of the greatest overdose risks that a person can have."

Ellis herself was asked about why time in jail and in treatment centres hasn't helped her, and said something similar. She cleans up, but then comes back to the same problems, Flewelling wrote.

In 2017, B.C. revisited sentencing ranges in a case called R. v. Smith. Details of the case that went before the provincial court of appeal can be read online, but essentially the case resulted in the court increasing the range of sentencing for first-time drug trafficking offenders up to 18 to 36 months, and possibly higher.

So the judge in Ellis's case needed to determine whether her court could revisit this range. And she decided it could.

Among her reasons, she cited a "fundamental shift" in the understanding of drug addiction and its consequences, including recent action from the provincial government to decriminalize possession of small amounts of drugs including cocaine and heroin.

Looking specifically at Ellis's case, Flewelling noted that Ellis was selling drugs to support her own habit, "rather than purely for greed or money," and noted that the mental health challenges and exposure at an early age were also factors in her decision.

"Selling fentanyl is a serious offence. Fentanyl is dangerous, it is ubiquitous and people are dying because of it. However, I have concluded that because of the factors I have just summarized, Ms. Ellis’ morally blameworthiness is significantly reduced," Flewelling wrote.

The judge said she designed her sentence "with a restorative focus" meant to help Ellis learn skills and tools that will help her.

Among the conditions of Ellis's probation are that she keep the peace and report to a probation officer.

The judge wrote that she may be referred for a forensic psychiatric or medical assessment if she consents, which could help determine the best treatment options for her. She may also be referred to counselling or life-skills programs.

She's also been given a weapons prohibition, and an order that she provide a DNA sample to police, and she'll be required to complete 30 hours of community service.

"Ideally, this work service will also involve some remuneration as a means of assisting Ms. Ellis financially but also to help her gain confidence in herself."

Health Canada has authorized the use of Pfizer's COVID-19 antiviral treatment Paxlovid. The agency says the prescription-only medication can be given to adults ages 18 and older to treat mild to moderate cases of COVID-19, if they have a confirmed positive viral test and are at a high risk of becoming seriously ill.

A winter storm is battering southern Ontario and parts of Quebec Monday, with anywhere from 15 to 50 centimetres of snow expected to fall across the provinces.

Canada's largest airlines and the country's busiest airport are asking the federal government to drop its rule requiring mandatory arrivals testing for COVID-19.