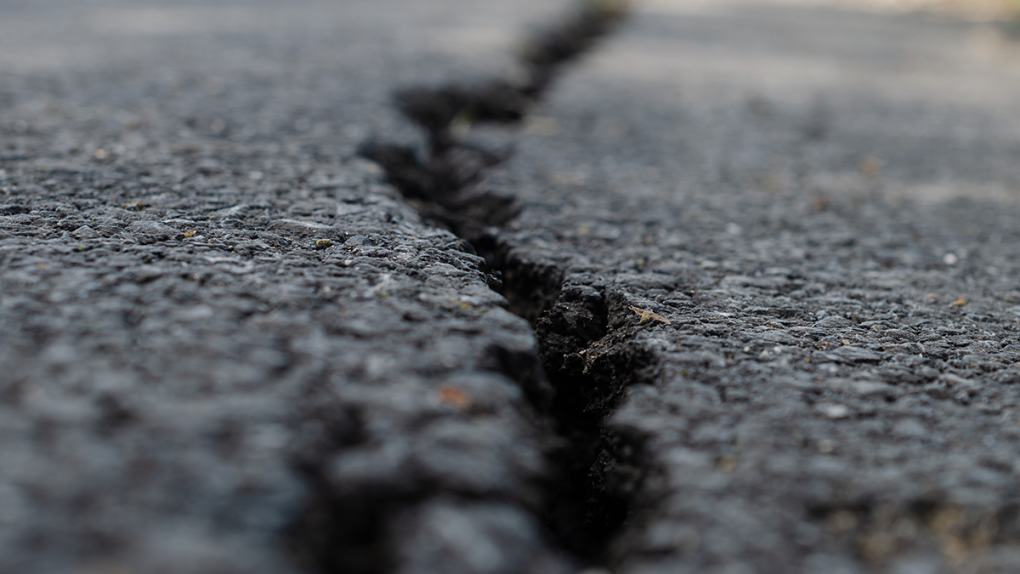 A cracked driveway is shown in an image from shutterstock.com

VANCOUVER -- Four people who'd been in Canada on visitor visas are in the custody of border officials and suspected of being involved in a scam.

It is alleged that they're connected to a scheme reported in Delta, B.C., and police believe there may be more victims who have yet to come forward.

Homeowners were convinced to pay cash up front to have their driveways repaved, police in the Metro Vancouver city said Thursday.

One of the residents targeted in the scam told the Delta Police Department he'd been approached over the weekend. The man told the homeowner he owned an asphalt company, and offered a deal on driveway repaving.

But the homeowner was suspicious, and searched the company name the "business owner" provided online. He found nothing online about Top Style Asphalt Contractors, police said, despite the man who made the offer having claimed the company had been operating for 25 years.

Officers were already looking into a similar complaint from earlier in the month. That homeowner had paid $1,500, but the contractor failed to show up to do the work and wasn't answering her calls.

Officers tracked down a van believed to be connected to the scam, and arrested four people believed to be involved. The Delta PD said they were in Canada on visitor visas, but did not say where the suspects were from. They have not been publicly identified.

It is unclear whether attempts to scam homeowners were made in other cities, but police asked other victims to reach out.

"We'd now like to put out the message that anyone in Delta who paid upfront to have their driveway repaved by Top Style Asphalt Contractors to please contact Delta police at 604-946-4411," Delta PD spokesperson Cris Leykauf said in an emailed statement.