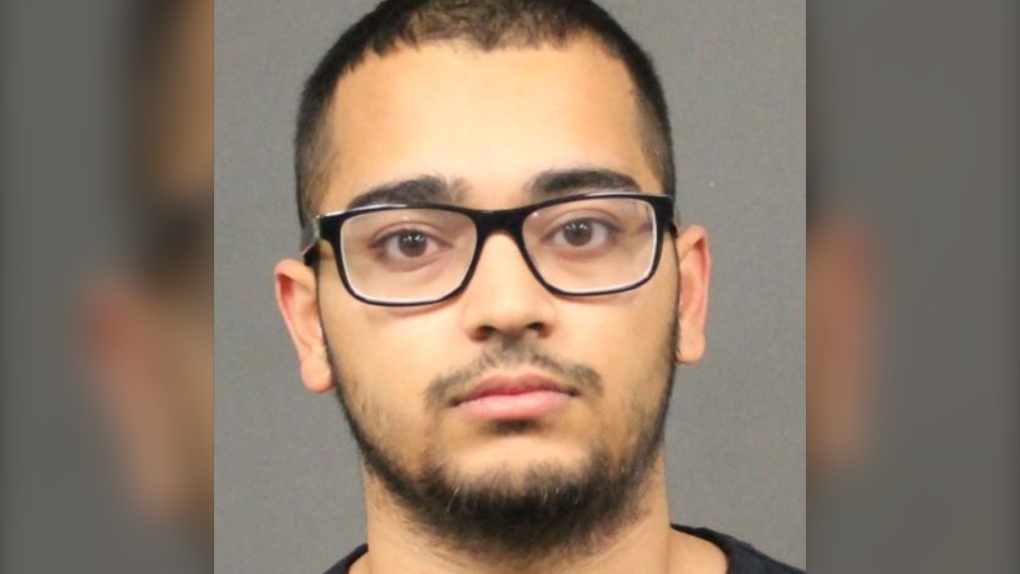 Gurkirat Toor is shown in a photo provided by the Abbotsford Police Department.

VANCOUVER -- A man in his 20s has been charged following an incident in Abbotsford, B.C., last week.

Police say a man was driving near Townline Road and Southern Avenue at around 1:30 a.m. Friday.

They say that around that time, he pointed a gun at another driver. Outlining the incident in a news release Tuesday, police did not say whether a threat was made, or if the suspect knew the victim.

The man kept driving, police say, and took a right turn too quickly a short distance from the initial incident.

The driver lost control of the rented Nissan Murano he was in, and crashed into a retaining wall and two parked cars near Townline and Upper Maclure roads.

Gurkirat Toor was arrested at the scene for breaching conditions of his court order, police say.

It is alleged that officers found a loaded handgun when they searched his vehicle.

Toor has been charged with offences including pointing a firearm and occupying a vehicle while knowing there was a firearm inside.

The investigation is ongoing, and anyone who was in the area between 1:30 and 2:30 a.m. is asked to contact police.

Officers are looking for witnesses, people with dashcam or CCTV video and those who have more information.