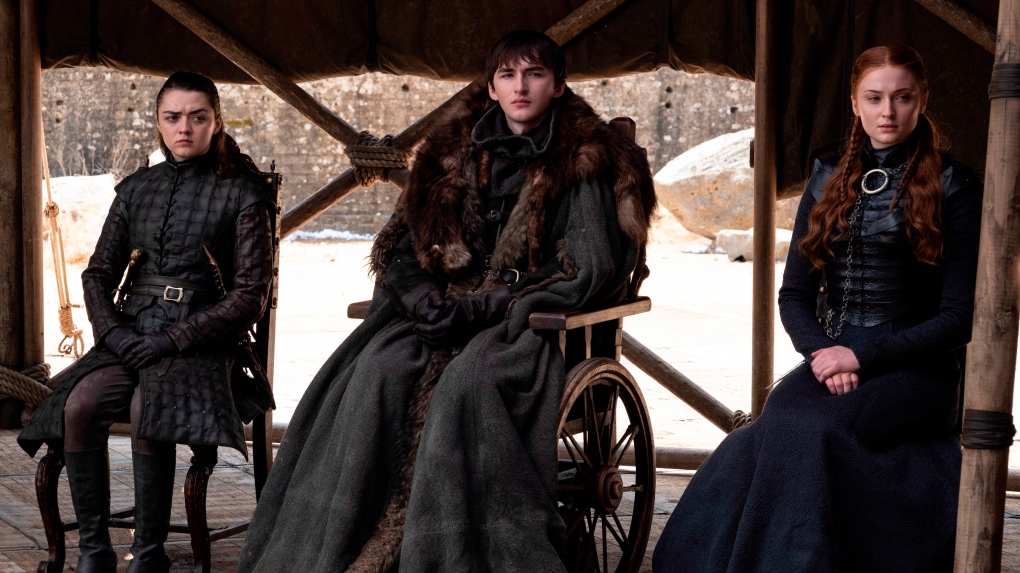 This image released by HBO shows from left to right Maisie Williams, Isaac Hempstead Wright and Sophie Turner in a scene from the final episode of "Game of Thrones," that aired Sunday, May 19, 2019. (HBO via AP)

Wanting to rush home to catch a TV show is not a valid reason for speeding – even if it's the last episode of HBO's "Game of Thrones."

That's the message from Coquitlam Mounties after a motorist tried using Sunday's long-awaited series finale as an excuse for nearly doubling the speed limit on the Mary Hill Bypass.

"Speeding home to watch Game of Thrones cost this driver more than missing who is left standing in Westeros," the RCMP said on Twitter.

The lead-footed driver was clocked going 117 km/h in a 60 km/h zone at Coast Meridian Road, according to the force.

Under the Motor Vehicle Act, regular speeders face fines of $138 to $196 – but excessive speeders can be dinged as much as $483, along with three driver penalty points.

The "Game of Thrones" excuse was particularly poorly timed, landing in the middle of High-Risk Driving Month.

ICBC and police have been trying to remind motorists about the dangers of various bad behaviours behind the wheel, including texting, ignoring traffic signs, following too closely – and speeding.

Speeding home to watch Game of Thrones cost this driver more than missing who is left standing in Westeros. This vehicle was clocked doing 117km/h in a 60km/h zone eastbound on Mary Hill Bypass at Coast Meridian Road in #PortCoquitlam. #SlowDown #KnowYourPartBC @icbc pic.twitter.com/wM0xhbA0Xh