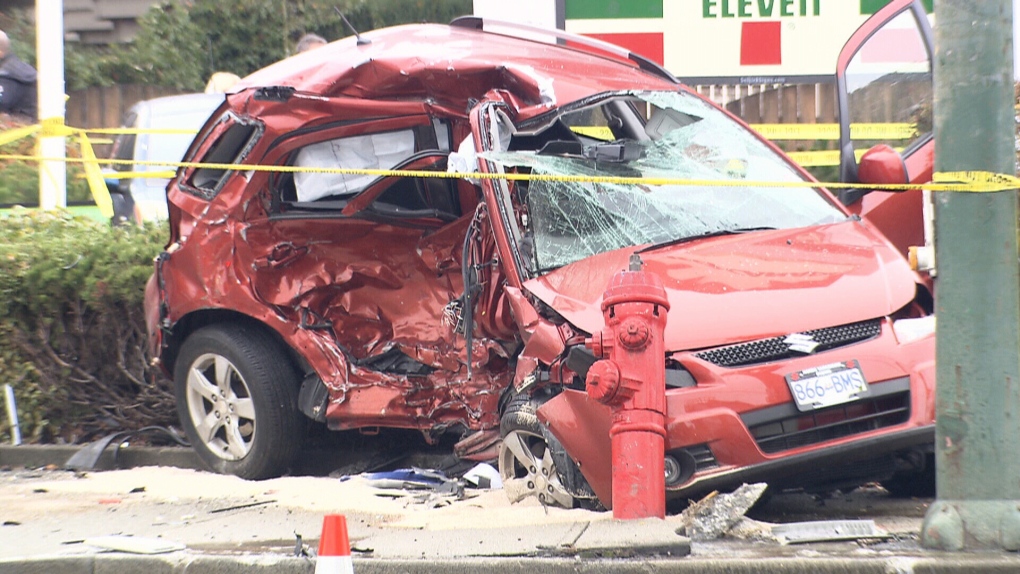 VANCOUVER -- A man has been sentenced to more than a year in prison for his role in a 2015 crash that killed a Vancouver doctor.

On Wednesday a B.C. judge sentenced Ken Chung to 18 months in jail after he was convicted of dangerous driving causing death last year.

Chung was behind the wheel of a silver Audi that experts had testified went from 90 km/h to 140 km/h in a single city block, slowing down to 119 km/h as he braked moments before the crash that killed Alphonses Hui.

"We are exhausted. We are broken. There is nothing left in us to give," said Hui's daughter Monique.

She called the sentencing bittersweet.

"My family is relieved that it's over but nothing is bringing back my dad and the sentencing that was ultimately decided upon, it pales in comparison to the devastation that driver left behind."

Monique want to see changes in the legal system to support heavier consequences for what she calls "reckless drivers."

Chung was also given a five-year driving prohibition.