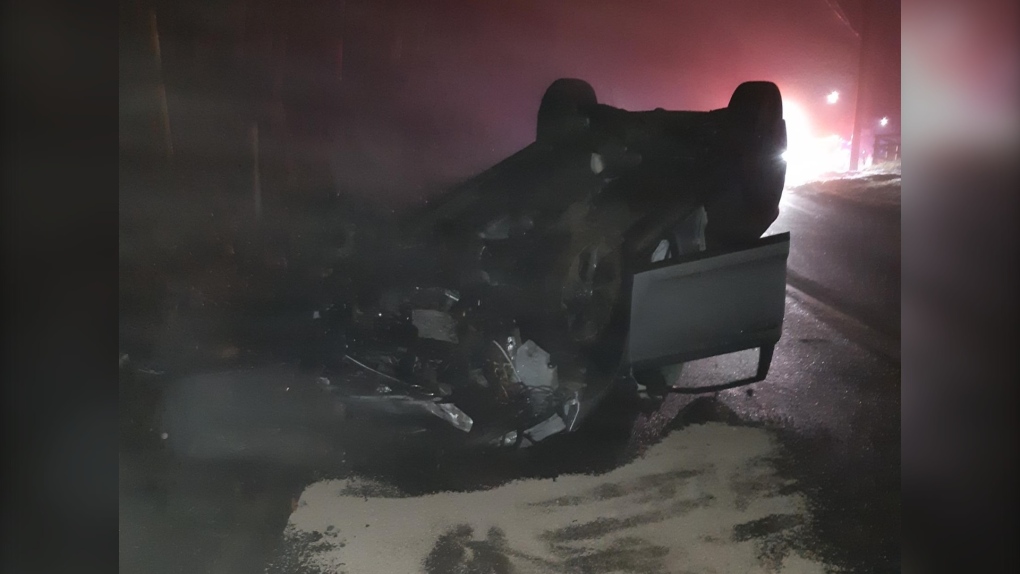 A driver was arrested for being impaired behind the wheel after a crash that caused a power outage in Abbotsford Thursday night.

Police said the crash happened near Old Clayburn Road and Saddle Street. A driver reportedly sheared a hydro pole and flipped the car onto its roof, which led to a power outage.

According to police, a 54-year-old driver was arrested and could face charges of impaired driving by drugs.

An outage listed on BC Hydro's website near Old Clayburn Road that was caused by a motor vehicle accident Thursday night suggested nearly 80 customers were impacted. It was expected power would be restored around 10 a.m. Friday.

Those caught driving impaired in B.C. could face suspensions lasting up to 90 days, fines ranging from $600 to $4,060 and other penalties.